David Landau, one of the lions of Israeli journalism, published a stunningly revealing article in Haaretz at the beginning of February – one that gave perfect voice to the Israeli left’s disgust with the nation’s own democratic system.

Due to the efforts of U.S. Secretary of State John Kerry, Landau wrote, “the dream of Israel’s peace camp is coming true.” The dream itself is the “most yearned-for and most oft-repeated” wish, though Landau cautioned it is only spoken of “in private.”


There’s a twist, though: The dream, it turns out, isn’t a Palestinian state. A state is the culmination of the dream. No, the dream is “that friendly foreign governments summon up the political will to force Israel to end the occupation at last, in the interests of its own future as well as in the interests of world peace.”

Israeli leftists “do not dare to say it publicly,” Landau wrote, because they have been cowed into submission by the political rules of Israel’s “semi-theocratic, colonialist democracy.” The right has successfully arrogated to itself “the power to delineate the rules of public debate and the proprieties of political usage. ‘Zionism,’ ‘Judaism,’ and above all ‘patriotism’ are at the mercy of the right, chiefly the religious right, for their definition.”

Amazing how that happened, really, given that the left dominates the Israeli media, the academy, and elite conversation in the country. But it has, and it has because of those darned voters. The left has “concluded, correctly, that to be seen or heard encouraging friendly foreign governments to take tough positions against the occupation – threatening, for instance, economic boycotts – would draw down domestic condemnation, because the public is fairly brainwashed by the usage and definitions of the right.”

Hard to imagine, isn’t it, that a political movement supporting economic boycotts of your own country might rain down condemnation on you within your own country! But such is the deep injustice that has been visited upon Landau and his friends. The “semi-theocratic, colonialist” monstrosity for which they express such loathing and disgust no longer turns to them for leadership. Fancy that!

So powerful has this “brainwashing” been that it has “enfeebled” Landau’s own camp and reduced it to “the constant need to hope and pray that Israel’s foreign friends will step in and rescue her at last, effectively imposing the peace camp’s policy on her, because the peace camp cannot seriously hope to win power in Israel based on that policy.”

Well, wonder of wonders, it may finally have happened. The posse may have arrived. And so, in Landau’s view, “the peace camp would do well to seize upon Secretary Kerry’s warnings as the moment when its dream of foreign support begins to come true and when domestic and international public debate can be pushed back into pragmatic parameters.”

Landau once reportedly told Condoleezza Rice when she was secretary of state that Israel needs to be “raped by the U.S.” for its own good. That was a disgusting way of revealing a deep truth about him, the Israeli left, and its J Street supporters in the United States. They don’t just want their own policies imposed on the body politic that has rejected them. They want it to hurt, too. They want Israel’s electorate humiliated, degraded, and violated for the sin of rejecting them and their pipe dream of peace.

Biden Calls Ukrainians ‘Iranian People,’ No mention of Israel in State of the Union Address 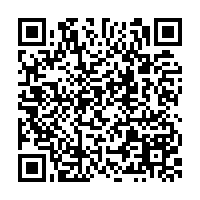