The thoughts of man, even those of the greatest talmid chacham, cannot fathom the thoughts of the Creator, for many of the Torah laws run counter to human logic.

Another example is a kohen who fathered a child by a woman he is prohibited from marrying. The child is a chalal (devoid of any kohanic sanctity), but the father who transgressed remains a valid kohen. And there are many more examples.

The Mishnah in Kiddushin 76a states:

The Gemara explains that King David drafted into his army only the most genealogically and spiritually suitable. David’s logic was that in war, Hashem weighs the relative merits of the litigants. Therefore, it is essential that our side be overwhelmingly more righteous than the enemy.

How different are our thoughts from those of the great King David.

Today’s yeshiva world might be prepared to accept the idea that those who are not learners be drafted, but certainly not the outstanding learners. In contrast, David and his advisers saw the Torah truth to be just the opposite – they knew the best fighters would be the most gifted talmidei chachamim, bringing with them Torah and mitzvot as the efficient weapons for victory.

In my 22 years of serving in an anti-aircraft unit of the Israeli Air Force and later as a paramedic in civil defense, I witnessed the influence a single religious soldier can have on a unit.

For example, the religious soldier organizes minyanim. The general atmosphere is much improved, with a discernibly more serious attitude. During my service, my tefillin were in use overtime, and Shabbat became a time for serious discussion about many areas of life and a time when the non-observant soldiers and officers got a taste of Torah – for some, it was the first time in their lives they had heard the chachmah of Torah.

There are many rabbis and lay people who define themselves as religious Zionist haredim. Many learn Torah no less than non-Zionist haredim, and all are as scrupulous in keeping mitzvot as the most meticulous non-Zionist haredi. They serve in the army, many as officers with some reaching the highest ranks. These people can be found in all areas of technology, commerce, academia, the arts, etc.

I humbly feel I am part of this group of religious Zionist haredim.

The divide between the two groups of haredim is wide and growing wider.

The non-Zionist haredi camp has brought with it the ways of the galut. After 2,000 years of our incredible suffering in exile, Hashem opened the gates to Eretz Yisrael. Life in the Holy Land as an independent nation requires that we leave behind the accumulated psychological baggage of the galut, where the non-Jew did the “dirty work.” 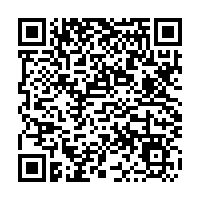