Former Prime Minister Ehud Olmert told Maariv on Sunday regarding the removal of restrictions on former spy Jonathan Pollard that “it’s better if he didn’t make Aliyah to Israel.”

“Dealing with this affair has caused severe, ongoing damage to the State of Israel, and I recommend avoiding celebrations for Pollard should he decides to come to Israel,” Olmert said. He explained that he was glad Pollard had regained his freedom of movement in New York but did not want to see him immigrate to Israel because “coming to Israel will intensify the damage that this affair and our conduct in this affair have caused us.”


Olmert attacked Prime Minister Benjamin Netanyahu saying he believed the PM would give Pollard a big reception, as he had done when the abducted IDF soldier Gilad Shalit was released.

“If necessary, he will also give Hamas 500 killers to get Pollard,” Olmert said about Netanyahu.

According to Olmert, the Pollard affair “has the potential to cause enormous damage to Israel even today. Trump is leaving, but the American security forces remain, and they will come to terms with us if we continue to exploit this affair for the purposes of Israeli politics.”

The former prime minister also said that the state of Israel does not owe Pollard anything.

Olmert also claimed that the exposure of Pollard’s involvement on behalf of Israel’s interests caused the most significant damage to Israel’s relations with the United States ever.

Jonathan Pollard, a former civilian intelligence analyst for the US Navy, sold military secrets to Israel while working at the Pentagon in the 1980s. He was given a life sentence, and a succession of defense and intelligence officials under Republican and Democratic administrations have consistently argued against granting him early release. He served the full 30 years of his sentence in federal prison, and was released on Nov. 20, 2015, and placed on parole in NY City. In a statement on Friday, the US Parole Commission announced it had found “no evidence to conclude that he is likely to violate the law,” and set Pollard free.

Pollard is expected to make aliyah, but at the moment he is waiting for his wife Esther, who is in treatment for cancer, to be able to fly.

According to The Washington Post, on January 10, 2008, the subject of Pollard’s pardon was brought up by then Prime Minister Ehud Olmert during President GW Bush’s visit to Israel. Olmert’s request was turned down, and the next day, at a dinner attended by Bush and Secretary of State Condoleezza Rice, the subject of Pollard’s release was raised again, but this time, Olmert cut the discussion, saying it was not the appropriate time.

As President Bush was about to leave office in 2009, Pollard requested clemency for the first time, which was supported by former CIA director James Woolsey on two conditions: that he show contrition and decline any profits from books or other projects linked to the case. Nevertheless, Bush II did not pardon Pollard.

On Friday, Jonathan Pollard released a statement saying, “Thirty years ago, my beloved wife Esther found her way into USP Marion, the highest security prison in the United States, where I was languishing in a dungeon cell three stories underground behind 13 locks and keys. Esther reached out and cut the shackles off of my heart and restored my soul to life. That is when the fight for my freedom began in earnest,” he said in a statement through the Justice for Jonathan Pollard committee.

“Fast forward 35 years. Today, Esther, fearlessly cut the GPS device off of my wrist, restoring me to almost complete freedom (with full authorization from the parole office.) The final step to freedom that remains is our return home to the Land and the People we love. God willing, very soon!” 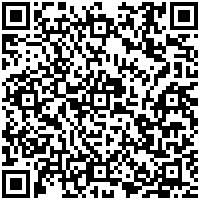