Rabbi Sholom Gold wrote a letter to the editor of Hamodia. It was not printed there, but it is reprinted here with permission.

To the Editor, Hamodia

There is what seems to be “a statement of authentic Torah-true hashkafah” that appears occasionally in Hamodia (the most recent on the 4th of Adar II) and in other publications, that I believe must be examined very closely and dispassionately. The pronouncement raises extremely serious problems of a religious nature.

The Hamodia article quoted a rav who said, “The most difficult golus to endure is a golus suffered from other Jews and therefore we plead for a final redemption from this terrible golus.” I experienced a great deal of personal anguish just writing that sentence. First of all, it’s absolutely false. We are not in Czarist Russia, Inquisitionist Spain, Crusader-ravished Rhineland, Cossack-scorched Poland, nor fascist Nazi Germany, nor assimilation-ridden America. Klal Yisrael in Eretz Yisrael is experiencing the most magnificent era in 2,000 years.

Rav Avraham Pam movingly put the present period in time in its proper Jewish-Torah perspective. He said that a rule in Jewish history is that following every period of suffering comes an era of Hashem embracing His people, comforting them, and pouring out His goodness, just as a father whose son has suffered will embrace him and console him. Rav Pam highlights four such historic episodes. The fourth one, Rav Pam said, was, that following the worst horror of all, the Shoah, Hashem embraced us with “hakomas Medinas Yisroel” (precisely his words).

Hashem does not embrace His people by casting them into the worst golus of all. To say that, is a denial of Hashem’s goodness, an ugly rejection of His benevolence, and shameful ingratitude.

Three months after the establishment of Medinat Yisrael, Rav Dessler wrote that he who does not see the dramatic change and the complete reversal of the fate of the Jewish people, “min hakatzeh al Hakatzeh, “from one extreme of six million slaughtered to the other extreme of the settling of our people in their own medina in our Holy Land” is blind. “Woe to one who will come to the Day of Judgment still blind and not having been able to see something so real.” (Michtav M’Eliyahu, Volume 3, page 352)

Rav Dessler wrote this at a time that the infant state was locked in a struggle for its very existence. No one then could predict the outcome, yet he rejoiced. He did not predict that the State wouldn’t last for ten years.

The plain facts are that the greatest growth of Klal Yisroel in Eretz Yisroel in just about every conceivable area has been mind-boggling. Little Israel whose air force ranks after the United States, Russia and China. Way up there with the biggest. An army whose might is so clearly the result of the efforts of “He who gives you the strength to be mighty.” Agricultural accomplishments of global proportions. Israel is a world agricultural power. It staggers the imagination. (Google Israel – Agriculture and read Wikipedia.) It would help if you have a TaNach handy to see the prophecies fulfilled before your very eyes. Focus on Yechezkel chapters 36, 37 and 38.

For me, every visit to my local fruit and vegetable store is a powerful religions experience. In the middle 50s I learned in Ponovitz and subsisted on tomatoes, cucumbers and watermelon. Today, in my local store I am overwhelmed by the dazzling amounts of produce. If this is golus then I can’t begin to imagine what geulah is. I once said that every rabbi is zocheh to one good line in his career. Mine is, “If you want to speak to G-d go to the Kotel, but if you want to see Him, go to Shuk Machaneh Yehudah.” 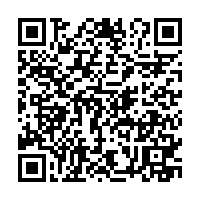