Ukrainian Jewish immigration to Israel has risen 70 percent in 2014 amid the recent political upheaval in that country.


According to the Jewish Agency for Israel, 375 new immigrants from Ukraine arrived in the first three months of 2014, compared with 221 in the same period in 2013.

More than 100 new immigrants have come from Odessa alone, the Ukrainian Black Sea city where nearly 30,000 Jews live and can move to Israel under the Law of Return. Before leaving for Israel, the Jewish Agency and the International Fellowship of Christians and Jews held a model Passover Seder, like the one they will celebrate when they arrive in Israel in a few weeks. Both organizations also pledged further emergency financial assistance to Ukrainian Jews.

“The immigrants’ choice to come to Israel on the eve of Passover and build their home and their children’s future has symbolic meaning,” Jewish Agency Chairman Natan Sharansky said. 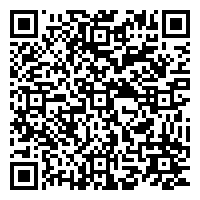