In a Tuesday interview in Hamodia (Carlina Rivera Is Leading Congressional Candidate for Open Seat in NY-10), Rivera, a Democrat running in NYC’s 10th Congressional District (like so many others), was asked by Reuvain Borchardt (that’s how he spells it – DI): “I want to ask, specifically about a case like if what happens in Colorado would happen in Boro Park (I swear, I copied and pasted the paragraph as it appeared on the website – DI). If someone wants make a wedding that would that goes against the Biblical values, and force a wedding hall in Borough Park to hold the wedding, and say that if don’t, then you’re violating civil rights, you’re discriminating. What would be your view in a case like that? Where would religious protections play into any civil rights legislation that you might consider voting for? And if there’s a progressive social value you believe in, would you support a religious exemption or not?”

And the candidate answered bravely (assuming she understood what Reuvain meant): “I think that a religious exemption is certainly something that I would consider when it comes to certain pieces of legislation. We’ve certainly done it in the Council, and I’d be willing to explore that and do it on the federal level.”

Rivera’s campaign spokeswoman Alyssa Cass was asked to clarify later on Tuesday and claimed her boss’s answer was referring to religious exemptions in general, not to the hypothetical about forcing a Chassidic wedding hall on 13th Avenue to hoist a gay flag and serve up a big cake with two guys on top.

Cass said: “The Councilwoman would never allow a carveout on civil rights or discrimination. Period.”

Before I forget, the Hamodia story was worth reading despite the tortured English for this statement from Rivera: I’ve been buying chametz for years at this point with Sixth Street Community Synagogue, and it’s a part of our tradition. I’ve been to events there. I’ve celebrated with them. I’ve certainly been to whether it’s bar mitzvahs, whether it’s sitting down for seder, it’s a great place in the Lower East Side. When they first asked me to participate, I thought, of course, absolutely. And now we have a tradition.”

I urge you, Jewish Press readers, come next Pesach, sell all your Chametz to Carlina Rivera. Your kitniyos, too.

And now for the knives in the back from the candidate’s fellow Democrats. Allen Roskoff, a prominent gay rights activist whose Democratic club endorsed Rivera’s run for Congress, told The Daily News: “She [expletive] up” the Hamodia interview.

And Rivera’s openly gay rival in the 10th District, Rep. Mondaire Jones, said: “I would like Councilwoman Rivera to explain to me, and every other LGBTQ+ New Yorker, why she thinks our civil rights are conditional and open to carve-outs. I am a human being, and my rights are not up for Carlina Rivera to treat them as political chess pieces.”

Rivera grew up on the Lower East Side, where she was raised in Section 8 housing by a single mother who moved from Puerto Rico to the mainland. She worked as the legislative director for Council Member Rosie Mendez, who replaced Margarita Lopez who was not a great friend of the Jews below 14th Street. Rosie was elected in a landslide and endorsed by the Jewish community.

By the way, Rivera keeps saying the Lower East Side is her home, but she and her husband live in Kips Bay. Also: as of 2017, she is no longer a member of the Democratic Socialists of America. 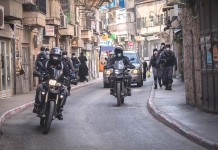 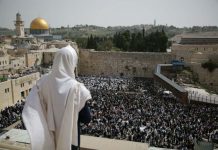