Yoseph Antebi, a member of Neturei Karta who has lived in Holland for many years and is well known there for his anti-Israel activism, was badly beaten recently by a Muslim on the streets of Amsterdam. As he pummeled Antebi, the thug ranted against Jews and Judaism. Later, after being taken to a hospital by police, Antebi attributed the assault to the evil of Zionism and the existence of Israel.

It’s simply amazing. Not amazing as in marvelous or stupendous but as in absurd and beyond belief. The thug was cursing Antebi the Jew, not Antebi the Zionist. He railed against Judaism, not against Israel. Yet the beaten man was so blinded by his hatred of Israel that he rationalized the vicious, assault as a reaction to Zionism.


If I had Antebi’s ear, this is what I’d tell him:

Mr. Antebi, you told the police that you repeatedly identified yourself and your affiliation, yet your assailant continued to beat you. It didn’t make sense to you.

You mean to say that as he was beating you he didn’t see in your face an inkling of the hatred you have for Israel? Did you not have a photograph you could have shown him of you marching together with Arabs, on Shabbos, against Israel?

The thug knew exactly what you are and he went after you anyway, Mr. Antebi. He did so because your compatriots in the fight against Israel have a totally different agenda from yours.

They don’t like you, Mr. Antebi. Get it through that thick skull of yours. They don’t like you for a number of reasons, the principal one being that you’re a Jew. But you’re not just any Jew. You are a traitor to your people and religion, and even hardened killers do not look favorably on those who betray their own.

Sure, they use you to advance their agenda against Israel. They parade you during their purportedly anti-Israel gatherings at which they inevitably begin spitting venom against Jews in general. They give you a microphone so that you can spout absurdity and slander against Israel. But behind your back they laugh and ridicule and despise you, the cowardly Jew, the traitor, and they wait for an opportunity to slash your throat. You are disposable and expendable, and though it was shoved in your face you still refuse to recognize the truth.

Pay heed, Mr. Antebi. You yourself stated that the man who attacked you was vilifying Jews and Judaism. He chose you not because he thought you were a Zionist. He chose you because you’re a Jew and he considers you to be a son of pigs and monkeys.

Think back, Mr. Antebi, to the hate you saw in your attacker’s eyes. Remember the ugly words that came out of his mouth as he was beating you to a pulp. Take careful note and understand that this has nothing to do with Israel or Zionism; they hate your beard, they hate your clothing, they hate your very Jewishness.

And as you ponder those unpleasant thoughts, Mr. Antebi, understand that if Islam ever comes to rule Europe, you and your ilk will surely be among the first to hang from the lampposts and trees of Amsterdam. 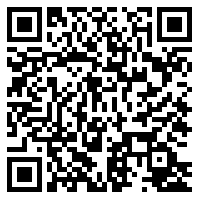