Perry Fish, who together with his wife, Debby, ran a private kiruv and youth guidance center in their home for over thirty years, died on February 22 after a long illness. He was 74.

His funeral, at the Boulevard Chapel in Hewlett, New York, was attended by more than 300 people; many had been frequents guests in his home and some had come from places as varied as Florida, Georgia, Ohio, and Massachusetts – and as far away as Israel and Kenya.

All came to honor a man who had opened his home and his heart to thousands of young people over many years, inspiring them to become shomrei Torah and mitzvos and helping many of them find their derech in life.

Raised in a Conservative home in Rockville Centre, Mr. Fish was drawn to Yiddishkeit and became frum as a teenager. After graduating with a law degree from St. John’s University, he began his career as a legal-aid lawyer in Nassau County and went on to practice medical malpractice and personal injury law. But he continued to grow in Torah learning. He studied with the rabbi of his shul, Rabbi Yitzchok Frankel of the Bachurei Chemed Synagogue (the BACH) in Long Beach; with his longtime chavrusa, Rabbi Mendel Goldberg; and on his own.

His legal practice, and later his work as a law professor at a number of local universities, paid the bills, but it was as Long Island regional director of NCSY – a part-time position he accepted when he brought his family to Long Beach – that Mr. Fish found his life’s calling.

But most of all, Perry and Debby Fish opened their hearts and offered unconditional love and acceptance to all who came.

Over the years, the family estimates that as many as twenty thousand people came to their home for Shabbos or a Shabbos meal. Their basement became a dormitory they called “the Aquarium,” filled with beds, cots, and sleeping bags. As many as twenty or thirty young people might spend Shabbos at their home during the height of their activities. Some were friends of their children – Ari, Sima, and Rena – who lived in the neighborhood and joined the family for meals. Others were NCSY counselors who came for Shabbos. Still others were young people from frum homes who were questioning their Yiddishkeit and having trouble following the rules of their homes. All were accepted without question and all felt safe.

Richard Altabe, now the principal at the Hebrew Academy of Long Beach’s Lower School, remembers the Fish home as a “very special place.” A member of NCSY in the 1970s, Altabe says “we were a bunch of young kids who needed direction and he whipped us into shape. He was unbelievable.”

“The way he sang Shalom Aleichem made you feel you were actually greeting Shabbos,” Altabe recalls. “The way he blessed his kids taught you how to be a father to your children. We learned what appropriate conversation at the Shabbos table was and how to bring Torah discussion to the table. We might be talking regular ‘teenage talk’ and then he moved us to talk about the parshah. We’d sing zemiros for an hour and feel ourselves uplifted.

“Being at the Fish home for Shabbos, you felt connected to Hakadosh Baruch Hu, to Yiddishkeit. It was an unforgettable experience. We couldn’t get this from school. In yeshiva we got factual information – what’s the halacha, how to learn Gemara – but not how to pull it together, how to turn that knowledge into the beauty of Shabbos. If you didn’t come from a frum home, you couldn’t know how to make Shabbos beautiful. Coming to the Fish home helped me become who I am today. I’ve always felt I had an obligation to pay forward what I got from that house.”

Some came often; some came and stayed for several years. John Lizcano, a Sephardic Jew from Columbia, South America, came to visit and stayed for years. He calls Mr. Fish “Abba Fish,” and though he is now the director of a public health program in Kenya, John came often in recent years to help the family deal with Mr. Fish’s health issues.

Moish Tohn, a ben Torah living in Cleveland with his wife and family, credits Mr. Fish with shaping his life and guiding him to Torah.

“My parents were loving and caring,” he says, “but they were not observant and my Jewish education ended after my bar mitzvah.”

Then, when he was 17, he found his way to the Fish family and began spending time there.

“Perry,” he says, “was larger than life. His enthusiasm, his charisma, and his love and excitement for Torah and for the Ribbono Shel Olam knew no boundaries. Because I became close to him, I got to see and experience amazing things that changed my life. He took me to hear Chazzan Benzion Miller. He took me to YU to the annual Seforim Sale. He brought me to the Mesivta of Long Beach and to Sh’or Yoshuv. I had so many experiences that brought me to love being a Torah Jew and helped me become who I am today.”

There is much more to tell about the influence and impact Perry Fish had on the lives of the seemingly uncountable number of young people he mentored. There are many frum families that exist because he helped young people see the beauty of a Torah life. There are also more than a few individuals who might have become wayward teens but are today teaching in yeshivas and modeling their homes on the home of Perry and Debby Fish.

In addition to their own children and grandchildren, the Fishes cared for a number of foster children for various lengths of time. Their love knew no boundaries.

The God of Israel’s Hand in Nature and History 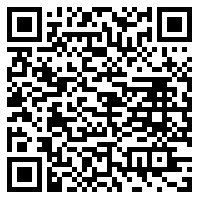