I think we’ve hit the end of the line. Since Rabin was murdered our outdoor political activity has waned. I think it’s time for renewal, for rebirth. I think our Prime Minister is waiting for the people to rise up. He works best under pressure.


True, we did not succeed with Gush Katif, that was because expelling Jews was Sharon’s personal decision, (perhaps to save his own skin) and he was out to succeed…no matter what. However, the situation with Netanyahu today is different. He isn’t out to kill, to expel, or to drive us out of Israel. He is with us, but not entirely, mainly because he is not convinced that he has a substantial majority behind him and in front of him.

This reminds me of the days when Gush  Emunim started. How and where did it start? On Rechov Ben Maimon opposite then P.M.’s residence Golda Meir after the Yom Kippur war. The youngsters (Chanan Porat and Levinger z”l, their wives, children and friends in arms) set up tents opposite Golda’s house. They lived in the street, davened in the street, and every time Kissinger hit town to talk “disengagement”, (mind you disengagement not return of Sinai, only Egyptian troop disengagement), every time Henry showed up at Golda’s residence, Golda took him to the window and said “Look here Henry, see what’s going on outside my front door…How can I agree to disengage?”

At this point I think what Netanyahu needs is a show of the people behind him, underneath his window, in front of his house, a solid grassroots movement of the Wise Women and Men of Zion that must band together, like the “four mothers” of yesteryear, to bring about dramatic change.

Mind you, I am not against our PM. I am grateful Bibi is PM and not Herzog or Lapid or Livni G-d forbid, but he works best under pressure. He works best when he knows he will garner applause for his efforts, he works best when he knows his place in history is assured. Thus it is imperative that we begin to build up pressure so that every Arab village that harbored or harbors a homegrown terrorist, will be evacuated, destroyed,  and rebuilt and settled with Jews.

I am not 19, and not 91, but I’m old enough to know that we’ve got to push Bibi into facing the world, and declaring that we are here, all over Israel and the West Bank and the Bika etc. we are here to stay, and we declare sovereignty over lands where we live and work. Any unhappy Arabs are welcome to leave our country. Unhappy Jews in France, leave France, Unhappy Brits leave Britain, same as unhappy people anywhere in the world including Israelis, leave their countries of origin and look to other places to start anew.

Please send this mail on to whomever you wish, whoever can help to get this movement started.

My Email Exchange with Hassan Nasrallah 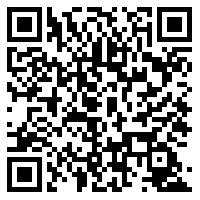