The U.S. State Department is questioning whether Israel really wants to make peace with the Palestinian Authority, and whether the Netanyahu government really supports the “two-state solution.”

State Department spokesperson John Kirby told reporters at a briefing Tuesday that Washington is “deeply concerned” over Israel’s decision to approve a tender for 42 housing units in Kiryat Arba and construction of 800 new housing units in Jerusalem and Ma’ale Adumim.


“If it’s true, this report would be the latest step in what seems to be the systematic process of land seizures, settlement expansions and legalization of outposts that is fundamentally undermining the prospects for a two-state solution,” Kirby told reporters.

The approvals came in response to two deadly terrorist attacks perpetrated against Israelis within a 24-hour period last week. A 13-year-old girl was stabbed to death by a Palestinian Authority Arab who climbed in her bedroom window last Thursday morning. The killer stabbed young Halle Yaffa Ariel, hy’d dozens of times, her blood spraying all over her room, after he scaled the security fence around Kiryat Arba.

The next day Arab terrorists opened fire at Rabbi Miki Mark, the administrator of the Otniel yeshiva as he drove near the community on Route 60 with his wife and children just a few hours before the Sabbath. The rabbi died instantly as he lost control of the vehicle and the car flipped over; his wife Chava was critically injured. Two of his ten children were also wounded.

Hallel Ariel, hy’d, was an American citizen. So is Chava Mark. But although the State Department issued the standard condemnation of violence perpetrated against U.S. citizens, there was complete silence from the White House.

Israel’s security cabinet met Saturday night to determine a response to the escalation in deadly attacks. By Sunday morning the government ministers were presented with a list of measures that were gauged to signal Israel’s determination not to buckle under the violence, including more boots on the ground in the Hebron area.

The Quartet for Mideast Peace issued a report on Friday (July 1) blaming Jewish construction in Judea and Samaria — even routine building connected with the natural growth in any community, within the municipal boundaries of existing towns — for the violence.

On Tuesday, it seemed the U.S. was joining that bandwagon and adding more fuel to the fire, blaming the approval of badly-needed housing units in existing communities for the Palestinian Authority’s unwillingness to join direct final status talks — and the unprovoked bloodbaths by Arab terrorists against innocent Israeli civilians.

Kirby added the U.S. would continue to “look for leaders in the region to do what they need to do … to demonstrate leadership to take down the violence, reduce tensions.” 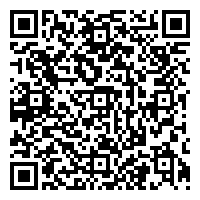