When Zionism came around, it had many opponents. Among them was a group of serious rabbis and intellectuals who felt that the ingathering of the exiles would undo the first mission of the Jewish people, that is, to be a light unto the nations. They argued that in order to seriously impact the world with Jewish morality, one had to be in close contact with it, and not isolated in the remote Middle Eastern region.

This thought pattern exists today even with the apparent success of the Jewish State. Rabbi Shmuly Yanklowitz, whom Newsweek called one of the most influential rabbis in America, wrote in the Florida Jewish Journal: “While Israel remains the destiny of the Jewish people, we also must not abandon the Diaspora. Firstly, the Torah demands that we, as a nation, commit to pursuing justice; to be warriors against injustice, it behooves us to be stationed everywhere around the globe. This work as an ohr l’goyim, a light unto the nations, is our raison d’être.” (Hat tip Rabbi Shimshon Nadel)


While Rabbi Yanklowitz’s statement seems logical, it is in contradiction to the biblical vision of ingathering. We are all destined to come home. And while being a light unto the nations is a paramount value, it is not in conflict with God’s promise that the Jewish people would one day be reunited on their soil.

So how do you answer the concerns that the Jews will no longer come in contact with the gentiles, how could you be a light unto the nations, if you do not live amongst the nations?

God has a plan: notice the amazing historical confluence of the ingathering with the communications revolution: just as the Jewish people were set to start off on the adventure of building a state in the Middle East, so too did the technology to communicate and broadcast globally explode – from the wire, to the radio, to the TV, to the internet, to the iPhone – there are no boundaries to the exchange of information.

Indeed, the Jewish people’s ability to influence and to transmit knowledge has never been paralleled. The internet has allowed the Torah to flow forth from Zion, and the news cycle never seems to get enough of Israel. Jews need not live in Poland, Germany or the US to effect change in nations around the world. Just start a picture blog or a successful Facebook account from Jerusalem and you can touch the lives of millions and be right in their Kansas or Kyrgyzstan home. Now, the dual missions of the Jewish people, to ingather and to be a light unto the nations, need not be bifurcated – the story of the Jewish people today is more famous than ever.

Sadly though, one cannot be blind to the fact that most of the reports dealing with Israel, most of the YouTube videos, and most of the images coming from the Holy Land are far from positive. This puts a little dent in the theory that we can be a remote light unto the nations. If all the channels of broadcasting are actually used to disparage Israel, then what have we achieved?

And in this instance, we are our own worst enemies, with Israeli and Jewish media outlets being the harshest critics of Israel, often unearthing subterranean dross for all to see. It is amazing to see how negative Israeli radio, even army radio is. From listening to it, you’d think the whole country is made up of corrupt politicians and rapists.

It is interesting to note that the Exile itself is a product of negative marketing and broadcasting. When the spies Moses sent into Canaan returned to camp, they brought back a frightening report they repeated in all the tents. They created an atmosphere of dread and doom which melted the hearts of the Children of Israel, causing them to doubt their ability to enter the land. At this point, God’s wrath was kindled. He sentenced that generation to die in the wilderness, because they could not be cured of the slave mentality keeping their minds shackled to Egypt.

Why are SO many Israelis Angry with Naftali Bennett? 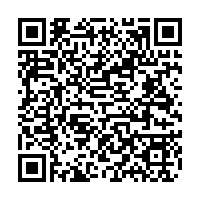