Pundits and commentators Sunday proclaimed New York Governor Andrew Cuomo’s executive order “unconstitutional” and “McCarthyite.” Such verdicts are wrong, and somewhat ironic given the McCarthyite aspects of the BDS movement itself.

The executive order Cuomo signed Sunday declaring a New York State counter-boycott against businesses that single out Israel for commercial, artistic, academic, and cultural boycott, divestment and sanctions sends a strong message that New York stands opposed to the broader campaign to delegitimize, demonize, and discriminate against the nation state of the Jewish people, and to efforts that undermine any reasonable prospect of a negotiated peace between Israelis and Palestinians.

Israel is far from perfect—and I and other supporters of Israel have been critical of its flaws—but it has internal mechanisms for addressing its imperfections. There is no legitimate reason for singling it out for the kind of external discrimination represented by BDS.

It is important to understand that there is no such thing as a generalized BDS movement. If there were, it would target first the worst human rights offenders and those regimes which permit no dissent or access to justice. But the so-called BDS movement does not target Iran, China, Belarus, Saudi Arabia, Cuba or other such offenders (indeed many advocates seek to increase ties with Iran, Cuba, and China despite their horrid record on human rights). The BDS campaign that is the object of Cuomo’s executive order targets only one nation: the democratic nation state of Israel which, despite being subjected to terrorist attacks virtually on a daily basis, has a free press and an independent judiciary. No country faced with comparable threats has had a better record on human rights, compliance with the rule of law, and of efforts to reduce civilian casualties in armed conflicts.

Israel has also offered to end the occupation—as it did in Gaza—on numerous occasions in exchange for peace based on a two-state solution, but those offers have not been accepted by the Palestinian leadership, or by hardliners like Omar Bargouti, one of the leaders of BDS, who declared “I am completely and categorically against binationalism because it assumes there are two nations with equal moral claims to the land.”

One of BDS’s core components—the Palestinian Campaign for the Academic and Cultural Boycott (“PACBI”)—encourages participants to disassociate from Israeli cultural, artistic, and scientific institutions—and to blacklist individuals who are deemed too supportive of Israel. I recently learned that I feature on this blacklist when Omar Barghouti refused to debate me in front of the Oxford Union.

The PACBI guidelines endorse boycotting individuals who cross the BDS “picket lines” by cooperating with Israeli academic institutions or blacklisted individuals. They also encourage the boycott of all cultural and academic institutions or artists that promote “Brand Israel,” including for example the singer Matisyahu. Even more egregiously, PACBI calls for the boycott of institutions that promote “normalization projects” which do not sufficiently emphasize the injustice of the occupation, even if those projects aim for Israeli-Palestinian dialogue and reconciliation. The BDS movement also implicitly opposes a two state solution by explicitly endorsing the so-called Palestinian right of return, which would in effect unwind nearly 40 years of negotiations, and destroy Israel as the nation state of the Jewish people.

In short, BDS is an anti-Israel and anti-peace tactic with which New York State should refuse to be complicit, and which thoroughly merits targeting by counter-boycott measures such as those passed in over a dozen states across the country, also including California and Florida.

If properly interpreted and enforced, Cuomo’s executive action would not undermine freedom of speech. The law would only impact those companies that refuse to do business with Israeli or pro-Israeli institutions and individuals. BDS activists would still be free to advocate bigotry—and that’s what singling out the nation state of the Jewish people for boycott is—in the marketplace of ideas. But in much the same way that businesses today are not allowed to refuse to serve someone because of their ethnicity, sexual orientation, or religion, so too would businesses that engage in BDS activities face economic consequences for discriminating on the grounds of nationality or political expression.

In some ways, Governor Cuomo’s anti-BDS executive action mirrors those of several states which refused to do business with North Carolina when that state passed legislation that discriminated against the LGBTQ community. It also emulates the counter boycotts of the 1930s against the Nazi boycott of Jewish businesses.

Moreover—and contrary to the shrill claims of the pro-BDS punditry—there is longstanding precedent for anti-boycott regulations. Since the mid 1970s, for example, the U.S. has enforced a number of anti-boycott laws through the Export Administration Act (“EAA”) and the Executive Administration Regulations (“EAR”). Among other provisions, the EAA and EAR penalize individuals and companies that participate in boycotts based on race, religion, sex, national origin or nationality. They have been repeatedly applied to companies participating in the now-defunct Arab League boycott of Israel, and to boycotts targeting other U.S. allies.

To call such regulations McCarthyite is to insult the victims of real McCarthyism who were punished for their ideas, speeches, and associations, not for their actions in refusing to do business based on national origin. Yes, there will be a list of companies that discriminate against Israel, just as there are lists today of store and building owners who refuse to do business with, for example, African-Americans, LGBTQ, or Muslims. There will have to be proof that a business engaged in a discriminatory boycott by singling out Israeli entities, or individuals based on their national origin, or political convictions, and a process for challenging inclusion on any list.

The only McCarthyist blacklist is that which has been complied by BDS enforcers—a list I am proud to be on—of supporters of Israel and of those who seek to “normalize” relations between Israelis and Palestinians.

To be clear: Governor Cuomo’s executive order should go no further than this. No one, not even the most rabid BDS-activist should face legal recriminations for expressing an opinion that is supportive of BDS, or for encouraging others to participate in BDS activities. Political speech—even bigoted, misguided political speech—is clearly protected by the constitution. I am confident that New York State officials and courts will construe the governor’s order to apply only to discriminatory business activities and not to speech or advocacy.

So applied, Governor Cuomo’s counter boycott will promote political, artistic, and cultural freedoms by imposing economic sanctions on those BDS bigots who are seeking to suppress such freedoms by discriminating against Israeli, and pro-Israeli advocates, artists, cultural figures, and businesses.

‘The U.S. Is Determined To Stand Up To The UN’s Anti-Israel Bias’ 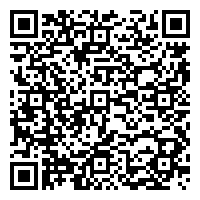