Mahmoud Abbas’s Fatah/Palestinian Authority has just cemented a reconciliation agreement with Hamas, the terrorist movement that seized Gaza from Fatah in 2007 and whose charter calls for the murder of Jews.  U.S.-brokered Israeli/Palestinian negotiations have foundered in a predictable round of recriminations.  But events commemorated in recent weeks provide the clue to understanding why such talks invariably lead to an impasse.  On May 15, Palestinians marked what they call the naqba (Arabic for “catastrophe”) – the day Israel came into existence upon the expiry of British rule under a League of Nations mandate.

That juxtaposition of Israeli independence and naqba is not accidental.  We are meant to understand that Israel’s creation caused the displacement of hundreds of thousands of Palestinian Arabs.

But the truth is different.  A British document from early 1948, declassified last year, tells the story: “the Arabs have suffered … overwhelming defeats[.] … Jewish victories … have reduced Arab morale to zero and, following the cowardly example of their inept leaders, they are fleeing from the mixed areas in their thousands.”

In other words, Jew and Arabs, including irregular foreign militias from neighboring states, were already at war, and Arabs fleeing, even before Israel came into sovereign existence on 15 May 1948.

Thus, what is now called the naqba consisted not of Israeli forcible displacement of Arabs, but of neighboring Arab armies and internal Palestinian militias responding to Israel’s declaration of independence and Britain’s departure with full-scale hostilities.  Tel Aviv was bombed from the air, and the head of Israel’s provisional government, David Ben Gurion, delivered his first radio address to the nation from an air-raid shelter.

Israel successfully resisted invasion and dismemberment – the universally affirmed objective of the Arab belligerents – and Palestinians came off worst of all from the whole venture.  At war’s end, over 600,000 Palestinians were living as refugees under neighboring Arab regimes.  As Abdulateef Al-Mulhim, writing in Arab News, put it the other week, “[i]t was a defeat but the Arabs chose to call it a catastrophe.”

Accordingly, the term naqba is misleading.  Indeed, it smacks of falsehood, inasmuch as it implies a tragedy inflicted by others.  The tragedy, of course, was self-inflicted.

However, the Palestinians do not mourn today the ill-conceived choice of going to war to abort Israel.  They mourn only that they failed.

This is contrary to historical experience of disastrous defeat.  The Germans today mourn their losses in the Second World War – but not by lauding their invasion of Poland and justifying their attempt to subjugate Europe.  They do not glorify Nazi aggression.

The Japanese today mourn their losses in the Second World War – but not by lauding their assault on Pearl Harbor and their attempt to subjugate southeast Asia.  They do not glorify Japanese imperialism.

The very existence of naqba commemorations is therefore instructive in a way few realize.  It informs us that Palestinians have not admitted or assimilated the fact – as Germans and Japanese have done – that they became victims as a direct result of their efforts to be perpetrators.

Update: Naqba Day Sirens to Sound at Noon (or Not)

Is It Proper…? Should an ordinary Jew endeavor to say Tikkun Chatzos? If not regularly, perhaps sometimes? 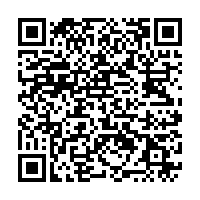