The advertisement was a response to Rice’s statement that Netanyahu’s speech to Congress tomorrow is “destructive” for the relationship between the United States and Israel.


Major American Jewish organizations and the White House harshly criticized the advertisement with adjectives ranging from “outrageous” to “perverse.”

The advertisement hit a raw nerve, and Rabbi Boteach explained to CNN’s Poppy Harlow that the goal of the publicity was “to raise consciousness in Americans to the indiscriminate slaughter of innocents around the world.”

He clearly illustrated that the Iranian threat to destroy Israel is only one of several threats or realities of genocide that the United States has not tried to stop. The problem is not the details of a deal with Iran. The problem is the fact that the Obama administration is even talking with Iran.

Harlow asked him to explain his goal by placing in the advertisement a picture of Rice next to skulls, with the headline “blind to genocide,” which smacked right in the middle of America’s conscience.

We all have a blind spot when it comes to genocide, which is why we had Cambodia and Rwanda…. We have seen too many slaughters. This administration needs to step up and do something.

Iran is threatening the annihilation of the Jewish People. It is perverse that these negotiations are taking place without a demand that Iran first totally renounce their genocidal intentions against Jews.”

Rabbi Boteach justified his association of Rice with being blind to genocide based on a statement attributed to her by Samantha Power, her predecessor and now the U.S. Ambassador to the United Nations.

He said that Power stated in 1994 that Rice, who was an adviser to Bill Clinton, had declared that genocide in Rwanda could not labeled as such because it would harm Democrats in mid-term elections.

“The reason those pictures [of skulls] are there – those are skulls…from a church…in Rwanda. I was in that church. 800,000 people were hacked to death, and the United States did nothing.

We have to begin to intervene in genocide.

Rabbi Boteach added, “God gave us this military power…. That is our responsibility.”

As for the criticism of Jewish organizations, the ones who are armchair Zionists and carry the traditional torch of die-hard Diaspora Jews who want Israel to make them feel comfortable where they are, Rabbi Boteach said:

We don’t have our principles and convictions determined by popularity or by praise. We believe in the infinite human value and dignity of human life. We believe the United States has to intervene when it comes to genocide.

We believe Susan Rice should not be condemning the leader of a tiny little Middle East country, which is facing a nuclear threat from the foremost sponsor of terrorism around the world. She should not be saying on national TV that he has no right to speak out and [that] if he does he will harm the relationship with the United States.

That is a form of bullying… It is unfair. This country believes in the freedom of speech.

The interview with Rabbi Boteach on CNN can be seen here. 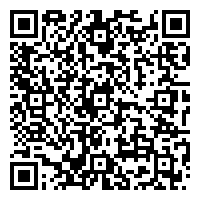