Among the pile of books on my night table, there are always a few volumes about war.

It should be obvious to any clear-thinking person that war is the final arbiter of all great conflicts. Those who speak of negotiated peace speak of fiction.


The great world wars have made this world what it is, and there are numerous lessons to be learned militarily in terms of the present war with radical Islam. Thus I draw your attention to two very fine books: The Guns of August by Barbara Tuchman and A World at Arms by Gerhard L. Weinberg.

Tuchman’s volume is about World War I and Weinberg’s is about World War II. Tuchman is a riveting historian who can tell a great story and make history come alive. Weinberg is more academic; his book has thousands of footnotes. But he does detail. Oh boy, does he do detail.

An interesting – and timely and intensely important – theme crops up in both books: Pacifists, peace movements, and their murderous aftermath.

Tuchman points out that the peace movements in France and England that preceded World War I immobilized both countries’ heavy industries to such an extent that when war finally did break out, France and England were at least sixteen months behind the Germans in heavy production.

You see, the peace movements advocated a policy of appeasement: Give the Germans what they want and they won’t go to war.

Tuchman also points out that France and England were tragically behind Germany even in small manufacturing, so that when their soldiers marched to the Western front, they did not have proper winter uniforms, and thousands of troops froze to death.

It is true that millions of soldiers died on the Western front from the new technology of machine guns and from generals impaled on outmoded military doctrine. But on a deeper level, millions were slaughtered because of the peace movements that self-righteously refused to recognize reality and confront evil.

And, I suppose, the word “peace” has an almost narcotic effect on people. They hear the word often enough and they get, well, kind of stupid.

The messages of the peace movements before World War II were almost a carbon copy of the nonsense spewed before World War I – except that communications had improved greatly. Newspapers like The New York Times wielded immense power. And of course the Times, astonishingly dim then as now, saw no reason to get involved in foreign conflicts.

The peace movements in America, France, and England were utterly infiltrated by the ruthless agents of Hitler and Stalin. And in a replay of the Kaiser’s attitude, Hitler absolutely adored the peace movements. He kept a close eye on them, smiling the whole time. He understood they were his best allies. As long as those fools kept up their blather, he would be able to swallow countries whole.

Once again, the pacifists and peaceniks advocated appeasement. Just give Herr Hitler what he wants and surely he won’t go to war.

Rule #1 of Peace Movements: They cannot imagine or confront evil.

Rule #2 of Peace Movements: They do not care about history.

Rule #3 of Peace Movements: They are always secretly financed and penetrated by the enemy.

Weinberg points out that by the time Great Britain declared war on Germany, both it and America were two full years behind Germany in armament production. Once again, the peace camps had made sure the great democracies were at their weakest when they were fighting for their lives.

Thus another world war dragged on for more years than should have been necessary, and millions of lives were lost that could have been saved had evil been confronted at an earlier stage.

It’s not a great leap to the Vietnam War. Because of the peace movement at home, we betrayed our allies, and the North Vietnamese slaughtered hundreds of thousands of their political enemies.

After that, the Khmer Rouge were emboldened to commit genocide in Cambodia, murdering a million men, women, and children, mostly by suffocation with plastic bags. These barbarians knew that America would not interfere, not after Vietnam. Not after the peace movement colonized the Democrat party.

The postmodern peace movement is on the march again, denying the murderous nature of radical Islam and pretending that guns are the problem. For Obama-style peaceniks, radical Islam does not exist – not even linguistically. Radicalized Muslims are merely unemployed youth. Give them jobs and their yearning for jihad will disappear.

This deeply paternalistic and racist view denies the immutability of Koranic teachings and the power of a belief system that has held sway over millions of pious Muslims since the seventh century.

So the next time you see the crowd at a peace demonstration, cloaked in all their moral vanity, keep in mind that they are precisely the sort of people who enable mass murder and genocide. 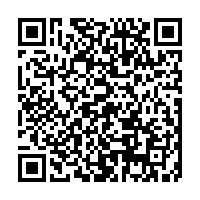