There is a major moral distinction that needs to be taken into account when one considers the murders of Israeli teens Eyal Yifrach, Gilad Shaar, and Naftali Frankel and the murder of Palestinian teen Muhammad Abu Khdeir.

The difference is that the Palestinian Authority has embraced such mass murderers as heroes and Israel punishes all murderers, whether they murder Arabs or Jews.

In Israel, by contrast, all murderers are condemned across the board, and are severely punished.

The failure of the world to understand this distinction is exacerbating the conflict.

The problem today is that the support for and embrace of mass murderers of Jews is led by the head of the PA, Mahmoud Abbas, and yet world leaders are silent.

Abbas was a leading terrorist for decades; Abu Daoud, one of the terrorists involved in the Munich Olympics massacre, wrote about how Abbas financed it. When Daoud recently died, Abbas eulogized him as a hero.

It took Abbas five days to condemn the kidnapping of Eyal, Gilad and Naftali, and world leaders were quick to praise him for it even though he never called for the perpetrators to be brought to justice.

Moreover, we know that should Israel capture the Palestinian murderers of the three teens, Abbas will call for their release, as he has repeatedly called for the release of all Palestinian mass murderers from Israeli jails, including those who murdered most of the Fogel family.

Even worse, the PA takes American aid and uses it to give incentive money to the families of terrorists serving sentences in Israeli jails. This is the case even when the victims are Americans.

The murderers of Eyal, Gilad and Naftali were captured on tape celebrating the murders; their identities are known, and yet the world is slow to accept that Hamas is responsible.

The EU’s Catherine Ashton took almost a week to condemn the kidnapping. But when Muhammad Abu Khdeir was murdered, her immediate condemnation was forthcoming. Ashton’s actions have not gone unnoticed by world Jewry.

When missiles are fired from Gaza indiscriminately at civilians there is no outrage. Israel rightfully tries to protect its people by attacking the missile sites – and then we hear about “stopping the cycle of violence” and “restraint.” This has been the world’s consistent, and morally bankrupt, response.

Only if the world stands up for the moral position that Israel has the right to do what is necessary to defend its citizens, and ends the calls for restraint, will things change.

Consider: Would someone have dared call on the United States to “end the cycle of violence” between it and al Qaeda?

Israel is literally fighting for its life, fighting to sustain itself as one state hopefully at peace. It needs to have the freedom to do what is necessary to guarantee that security. All other countries in the world have such freedom. It is the world’s failure to condemn the PA’s embrace and rewarding of murderers of Jews that contributes so much to the seemingly intractable Arab-Israeli conflict.

America’s moral justification for attacking not just al Qaeda but also Afghanistan after September 11, 2001, was based on the argument that those who give safe haven to terrorists are as responsible as the terrorists, and that therefore the Taliban could be attacked for giving safe haven to al Qaeda. 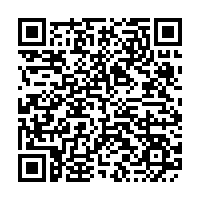