“Our Boys” is an upcoming American-Israeli television miniseries created by Hagai Levi, Joseph Cedar and Tawfik Abu-Wael. The ten-episode series will premiere on August 12, 2019 on HBO.

Filmed in Israel, “Our Boys” is based on the true events which led to the outbreak of war in Gaza. The series follows the investigation of Muhammad Abu Khdeir’s murder, and tells the story of all those involved, Jews and Arabs alike, whose lives were forever changed by these events.

The kidnapping and murder of Mohammed Abu Khdeir took place early on the morning of July 2, 2014, a day after the burial of the three murdered Israeli teens who had been kidnapped on June 12, 2014: Naftali Frenkel, 16, Gilad Shaer, 16, and Eyal Yifrah, 19.

Khdeir, 16, was forced into a car on an eastern Jerusalem street. His family immediately notified Israeli Police who located his charred body a few hours later. The main suspect, Yosef Ben-David, said after his sentencing, “I am the messiah.” 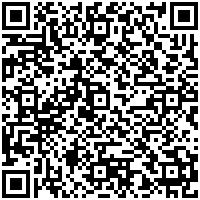