An Israeli group calling itself Torah-IDF (their Hebrew name, Torat Lechima, actually means Combat Theory), tweeted a picture of the visiting Arab “dignitaries,” with the text: “Kaplan Hospital: representatives of the Arab Fifth Corps (with an office in the Knesset, life at your expense, yes?) in the company of the Hamas terrorist Qawasma, from the family of the kidnappers and murderers of the three boys Hy’d. We live in a hallucination.”

Makdad al-Qawasma is the brother of Marwan Qawasma, who on June 12, 2014, together with Mahmoud Qawasma and Amer Abu Aisha abducted and murdered the three Israeli boys Gil-Ad Michael Sha’ar, 16, Yaakov Naftali Frenkel, 16, and Eyal Yifrach, 19.

Makdad al-Qawasma, a resident of Hebron, is a member of the Hamas terror organization which controls his city. The Israeli security apparatus does not doubt that he continues his clan’s rich tradition of the murder of innocent Jews, started by the father of the clan, Abi al-Qassem al-Janid, a painter from Baghdad, who like the vast majority of the Arabs who call themselves “Palestinians,” came to Eretz Israel in the 1920s, lured by the blossoming economy initiated by the Zionist movement.

According to the Judea and Samaria Hatzalah organization, at least 104 Jews have been murdered and hundreds injured by terrorists from the Qawasma clan. The fact that the Shin Bet has been unable to provide concrete proof of Makdad al-Qawasma’s terrorist activity does not mean he isn’t a terrorist, it only means he is a very careful one.

And so the Israeli security apparatus decided to apply in Makdad al-Qawasma’s case a legal device that was invented by the British mandatory government (1918-1948), known as Administrative Detention, which permits the arrest and detention of individuals by agents of the state without trial for security reasons. Many countries use administrative detention as a means to combat terrorism, including Australia, Brazil, Ireland, Japan, the UK, and the US.

In Israel, there are 520 Arab administrative detainees. Six of them have been on a hunger strike for close to three months in protest of their detention. Makdad al-Qawasma is closing in on day 90 of his hunger strike. Two of them are in Kaplan Hospital. Last Wednesday, the High Court of justice ordered a freeze on al-Qawasma’s administrative detention due to the deterioration in his medical condition.

Last Monday, two Arab male nurses got in trouble for taking selfies with al-Qawasma. They were rebuked by management and apologized.

That’s probably not going to happen with the Al-Qawasma’s three visitors who are determined to weaponize his story and use it against Israel, especially should he die as a result of his hunger strike.

Finally, here’s a link to the Wikipedia page on the Qawasma clan (in Hebrew), where you’ll find the names of 17 clan members who murdered and injured innocent Jews. You may conclude as a result that it was better to detain Makdad al-Qawasma without proof than to risk having to clean up the blood when he offers such proof. It’s not justice, it’s what you do in war. 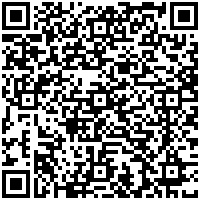