Since the start time of The Rolling Stones concert was rolled ahead to 9:15 to allow for travel time after the end of Shavuot, I thought it would be fun to roll the opposite direction back into Shavuot.

If you read through the articles written before the concert, there were three main themes: 1) The Rolling Stones were performing in Israel; 2) The concert was scheduled to begin the night after Shavuot; and 3) BDS wasn’t working … again.


Now that we’ve isolated these three, let’s work to conceptualize them. Beyond the recent headlines, there is some enduring message here. Some inner reason why this story was so attractive and intriguing for so many. While we know what happened to make these recent headlines, we’d like to now ask why?

Why I am writing this?

To help us all see the bigger picture. While it may seem that our interests travel from one unrelated headline to the next, there are correspondences interweaving all these stories together. In this respect, the billions of pages that comprise the internet are indeed a www (world wide web). The challenge is in finding the correspondences between them and knowing what sites or data to leave out entirely.

Back to our three. The first conceptual leap we’d like to take is to leap past this particular band, and into a concept called “rolling stones.” Even if future headlines speak about a rock band by another name, or something else to do with stones (e.g., arab stoning attacks), then we are still able to weave them together in our www of concepts. For instance on JewishPress.com, the article “Rolling Stones Play Tel Aviv” was posted 15 minutes before, “64 Stoning/Firebomb Attacks Over Shavuot.”

Thinking conceptually enables us to acknowledge the relationship between the two, and open our eyes to begin appreciating (and promoting) the Divine Providence. Since King David passed away on Shavuot the ‘rolling stones’ that came to mind was the ‘stone’ that killed the Philistine giant Goliath.

What about BDS? Instead of a physical stone slung against the Philistine Goliath, the performance of The Rolling Stones in Israel was seen as a proverbial ‘stone throw’ against BDS and a fictionalized nation called the Palestinians. We have now corresponded all three of our concert headline themes with the original David and Goliath ‘headline.’

Why is conceptualization needed?

Because now we can begin to appreciate the why behind the what of the headlines.

For instance, while the band presently consists of four members, a fifth was invited to join them on stage (according to one report, for the first time in 40 years). Where did this thought to invite him on stage come from? That the four ‘stones’ should become five ‘stones’? From our original ‘headline’ of David placing five stones in his slingshot. While David killed Goliath with one stone (Samuel 1 17:49), David had put five stones into his slingshot (verse 40).

In contrast to the hate-filled stones thrown by arabs, as mentioned previously, the ‘stones’ thrown by Jews are non-physical stones of love. This is the inner lesson that 50,000 attendees in Tel Aviv hoped to receive yesterday. How to throw stones of love.

Because of the Divine Providence in the date chosen (presumably the band didn’t know the Jewish significance of the day beforehand, nor the significance of inviting a fifth ‘stone’ on stage), and because they went against BDS, even though the tickets were pricey, and the heat sweltering, the event was a near sellout. But while many of us were attracted to attend or read about the event, now comes the challenge to take these messages home. 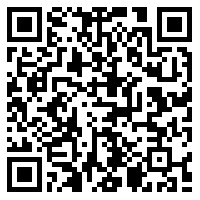