The Jewish far Left has become a more frequent and increasingly louder voice in the growing chorus against Israel within the growing extreme liberal camp.


What is needed here is far more than a basic history and current events lesson.

Unlike so many American Jews who are simply distant from Israel because of decades of assimilation, this is beyond the usual detachment. The growing chorus of Israel’s Jewish American detractors not only represents the divide among American Jews and Israelis but also a trend in America among some young millennial away from Israel and towards the Palestinians.

Sixty eight years after the birth of Israel, Jews on the far left along with fellow leftists are standing with Israel’s opposition. Are they all blind?

What does the Jewish leftist see when he/she looks in the mirror?

Today’s Jewish leftist position towards Israel is a response to the collective Jewish experience of persecution and isolation over the millennia. Despite their denials, they sense the anti-Semitism from their camp. They want to impart to their fellow leftists that it is the others, those Zionists, who are contemptible but they are worthy of admiration even though they are Jewish. They believe that by joining the anti-Israel feeding frenzy by endorsing the views of the enemies of Zion they can walk the halls of the college campuses, the far left gatherings, and be impervious to the hate because they too stand with the BDS’ers. Then they can face their friends because they too harshly condemn Israel or even disavow the existential rights of the Jewish State.

Such abandonment is not a new phenomenon. There are many precedents.

After struggling for decades to achieve full emancipation in nineteenth century Prussia, multitudes of Jews took it to the next step and sought baptism as a bridge to society. Then, they would achieve the equality for which they had so fervently hoped. As Jewish poet and author Heinrich Heine put it, “The baptismal certificate is the ticket of admission to European culture.”

In Russia, Jewish thinkers of the enlightenment mocked and ridiculed the Rabbis, blaming them for the difficult circumstances of Russian Jewry within the Czarist Empire. If only the Jews modernized themselves, they would be better respected! Such hopes however were followed by vicious Czarist pogroms and severe discriminatory policies. By November 1917, when radical change came to Russia in the form of communism, the Jewish communist’s organization known as the Yevsekstzia, which saw Judaism as a barrier sought to unite with their fellow Soviets called for the complete dissolution of Jewish communal organizations. However, that did not assuage the coming title wave of Soviet anti-Semitism.

Once again, history repeats itself. Today it is Israel and its policies that are blamed. Some ask: If it was only we who changed! If only we accommodated! But such words have no meaning in the context of Jewish history, past or present. In today’s Middle East, it is the evil of others, not the behavior of the Jews, which causes mayhem.

Jewish leftists! When you slam Israel you do not act out of ideology which defies all reason. You act out of fear; Out of your yearning for acceptance in a world where the scourge of Jew hatred so often rears

its head. Know that Zionism is beautiful. It is the liberation movement of the Jewish people, and it has been an overwhelming success. Zionism has brought light into darkness. It has set the bar on what can be accomplished in the face of adversity.

Most importantly, know that “a Jew is a Jew” and there is always a path back home. 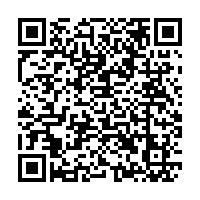