Defense Minister Moshe Ya’alon on Sunday night got on Prime Minister Benjamin Netanyahu’s wrong side when he urged IDF leaders to speak their mind in public and not fear reprisal. At this point it appears that some reprisal may be coming Ya’alon’s way from the Prime Minister, who summoned him to what the Israeli media described as a “rebuke meeting” Monday morning. Neither side in the meeting has issued a statement yet, which suggests that the meeting may not have ended in a compromise.

Ya’alon spoke at an event in Tel Aviv Sunday night and referred to the public storm around the speech by Deputy IDF Chief of Staff Gen. Yair Golan, which in turn had alluded to the episode of the IDF soldier who shot a neutralized terrorist on the ground in Hebron last Purim day. Golan, speaking at a Holocaust Remembrance Day event, compared episodes such as the Hebron shooting to the events in 1930s Germany which later resulted in the European Holocaust. At the time, Netanyahu was critical of Golan, and demanded that he apologize, since it sounded as if he was saying the IDF was a proto-Nazi army. Golan came close to saying just that, as many on the right suggested, while the IDF denied any such allegation.


An examination of the speech text reveals that the overall subject of Golan’s message was the concept of “purity of the weapon,” meaning that he was indeed criticizing phenomena inside the IDF when he made the Nazi Germany comparison.

Instead of an apology, the IDF Spokesperson’s office issued a denial, which Netanyahu probably did not love, but decided to let it go. With the narrowest possible majority in the Knesset, a puny 61 MKs, at least three of whom can be classified as Netanyahu’s enemies inside his own Likud party, the PM did not need another internal battle, certainly not with a national figure such as Ya’alon. But then, instead of the industrial peace Netanyahu needed so badly, on Sunday night his defense minister upped the ante with a new challenge to the boss, under the guise of protecting the freedom of expression of IDF officers.

“Tonight, too, I again demand of you and of your subordinates: continue to say what’s in your hearts. Do it even if your ideas are not part of the mainstream, and even if they challenge the ideas and positions adopted by the high command or the political echelon.”

Was the defense minister calling on his officer to rebel against the political class? Probably not, although he sounded dangerously close to saying just that. In his own mind, Ya’alon was probably hailing the old IDF tradition of encouraging questions from soldiers and officers, which may make the army a little harder to organize, but also encourages it to keep thinking outside the box, at least in some of its units. It should be noted that this tradition of rejecting iron clad “conceptions” dates back to the early, abysmal failure of the political and military leadership in the 1973 Yom Kippur War. The accepted dogma was that the Egyptian and Syrian armies were too fearful of Israel after 1967 and the string of local victories by the IDF that followed, to dare launch another all out war against the Jewish State. A subsequent investigating committee discovered that the intelligence pointing to an imminent attack was all there — it was just discarded by the decision makers.

But, in the end, Ya’alon on Sunday night was not engaged in an educational effort to breed more independently thinking soldiers and officers. He was, in fact, declaring a culture war against rightwing Israel. He described the issue at hand as a struggle “against an extremist minority which is active on the ground and in social media. Some of it has infiltrated the social mainstream, too. Under cover and concealment it is trying to influence the character and values of the IDF. This is a hugely significant fight, perhaps the most vital and important in many years. Not only over the image of the IDF, but the image of Israeli society as well.”

Since the appointment of the new Chief of Staff, Maj. Gen. Gadi Eizenkot, the IDF has been engaged in a persistent effort to “de-Jewify” itself. Jewish education was removed from the military chief rabbinate and handed to HR, which in turn made it the purview of the Education corp, guaranteeing that it take on a secular bend. And there were several minor assaults on the traditional Jewish elements in the army, such as when soldiers were ordered to shave their beards. So that when Ya’alon reviles extremism he is not concerned with leftwing NGOs who turn in to the PA for imprisonment and a possible execution Arab land brokers. He is after the Jews.

YA’ALON AND THE WINTER AFFAIR

At this point we must pause to relate the story of Givati Brigade Commander Colonel Ofer Winter, who, on July 9, 2014, during the Gaza War, issued a daily “commander’s note” to his soldiers, in which he stated: “History has chosen us to serve at the forefront of the fighting against the terrorist enemy in Gaza, which is taunting, cursing and blaspheming against the God of the Armies of Israel. … I raise my eyes up to the heavens and say along with you, ‘Shema Israel, God is our Lord, God Is one.’ The God of Israel, please make successful the path we take as we prepare to fight for your nation Israel and against an enemy which blaspheme Your Name.”

Needless to say, the text, which refrenced Psalms 44 and Samuel I 17, as well as the She’ma Israel, was not received well by the Israeli largely secular media. It should be noted that Reform rabbi Uri Regev was among the first in Israel to attack the Colonel for mixing his private religious sentiments and the military. Many others continued to target Winter for the six months that followed.

It should be noted that Defense Minister Moshe Ya’alon led the attacks on his subordinate. “I didn’t love it,” he told a forum of the heads of pre-military preparatory institutions. He said the Brigade Commander should have stuck with language that is common to all his recruits, presumably not language that cites from Jewish sources. He also questioned how a Druz soldier might have responded to the Jewish text, as if non-Jews should be naturally offended by the concept of a Jewish State and a Jewish army.

NETANYAHU VS. HIS GENERALS

Netanyahu has had a rough relationship with the military leadership for most of his terms as prime minister. It began in his first term in the late 1990s, with overt confrontations with then Chief of Staff Maj. Gen. Amnon Lipkin-Shahak and head of Shabak Ami Ayalon, as well as Netanyahu’s defense minister at the time, Yitzhak Mordechai. Netanyahu dismissed Mordechai before he had a chance to resign, in 1999, and Mordechai left Likud along with several other members to establish a new Center party, which failed miserably and ended up joining Ehud Barak’s new Labor-led government.

If their meeting on Monday did not reach a working compromise, both leaders must be thinking back to the Yitzhak Mordechai episode and wondering how soon before Ya’alon would jump ship to Labor.

Ya’alon’s colleagues in the Likud went after him with a vengeance Monday morning. Culture Minister Miri Regev, who served as the IDF Spokesperson at one time, told Channel 2 News that “It is inconceivable that a serving officer would grab the reigns from the political echelon and conduct himself as if this is an army that also has a state.” She continued: “The defense minister is confused. Military officers should speak what’s in their hearts in the appropriate forum and regarding the issues under their care.”

Infrastructure Minister Yuval Steinitz told Army Radio, “I do not understand what’s driving the defense minister in these statements. His job is to instill discipline in the IDF. There must be a red line between army and state and between army and politics. I think his words were a miserable mistake. Ben Gurion would never have allowed for such a thing to happen.”

And Likud MK Oren Hazan, who often opposes Netanyahu, stood squarely behind the PM in a tweet that went: “Someone should remind Bogy (Ya’alon’s nickname) that we are a democracy and not under martial law. The IDF is not a junta, his job is to carry out the decisions of the political echelon and not oppose it and set a different policy.” 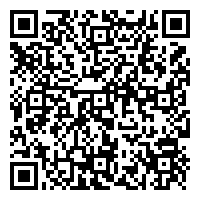