A hadith is a saying or an act or tacit approval or disapproval attributed to the Islamic prophet Muhammad. The hadiths are regarded by traditional Islamic schools of jurisprudence as important tools for understanding the Quran and in matters of jurisprudence.[4] Hadith were evaluated and gathered into large collections during the 8th and 9th centuries. These works are referred to in matters of Islamic law and history to this day.

In an interview with Egyptian Minister of Religious Endowments Ali Afifi, which aired on Sada Al-Balad TV on March 14, 2013, the interviewer asked him: Will you visit Israel only with a Palestinian visa?

Minister Afifi responded: “This is premature. Let’s wait until it happens. However, we hope that the words of the Prophet Muhammad will be fulfilled: ‘Judgment Day will not come before the Muslims fight the Jews, and the Jews will hide behind the rocks and the trees, but the rocks and the trees will say: Oh Muslim , oh servant of Allah, there is a Jew behind me, come and kill him – except for the gharqad tree (lycium, or boxthorn), which is one of the trees of the Jews… We fully believe that the future of this land lies with Islam and the Muslims.”

One after the other, we see Arab religious and political leaders referring to one specific hadith (a saying of the prophet Muhammad) as a propaganda tool against Israel. Once again, an Arab channel aired the statements of an Egyptian cleric referring to this false hadith and talking about war with Jews.

Leaving aside the Quranic verses that praise the People of the Book (Jews and Christians), leaving aside the spirit of the Qur’an as a whole, some leaders speak out of nothing but hatred, rage and holding grudges, instead of love, friendship and brotherhood. Based on what? On a false hadith.

At every occasion, I try to correct the impression that this so-called hadith supposedly determines the Muslims’ outlook towards Jews. However, it becomes irrelevant whether it is true or false, when millions of Muslims believe it. I sometimes think if only they embraced the Qur’an as they hold on to this false hadith; since when can one take a hadith that so utterly conflicts with the Qur’an as if it were an absolute truth and based just on that harbor hatred against a nation?

There are many fabricated hadiths that have infiltrated into authentic hadith collections over the centuries. One can discriminate these through conscience and reason, because no hadith can conflict with the Qur’an. If it does, then it is not an authentic hadith, and this is indisputable. What is more, it is not acceptable to annul a verse of the Qur’an on the basis of false hadiths. And even for those true hadiths which seem offensive, there is a rational interpretation that is compatible with the spirit of the Qur’an.

If a Muslim claims to be sincere, he should embrace the teachings of the Qur’an as a whole, because the verses explain one another; they have to be considered in a holistic fashion. I would like to ask these people: What about the other verses and hadiths that praise Jews and talk in their favor? What about the threats, the damnation of God to so-called Muslims—who are described as hypocrites—who misuse the Qur’an for their own benefit? God talks about the false things that their tongues may put forth in the name of Allah and He promises punishment for “…those who conceal Allah’s revelations in the Book, and purchase for them a miserable profit” (Qur’an, 2:174), “…those in whose hearts is perversity follow the part thereof that is allegorical, seeking discord” (Qur’an, 3:7), and those who “…invent (lies) against Allah” (Qur’an, 6:140).

In one particular verse, God mentions the so-called Muslims who take some parts of the Qur’an and overlook the others: “… Then is it only a part of the Book that ye believe in, and do ye reject the rest? but what is the reward for those among you who behave like this but disgrace in this life?- and on the Day of Judgment they shall be consigned to the most grievous penalty. For Allah is not unmindful of what ye do.” (Quran, 2:85)

I view the interpretation by those who approach the text with the spirit of war against Jewish people as a crime, and perceive this as an offense to Islam. One can easily understand that the hadith that these people refer to is false because it conflicts with the Qur’an in an obvious and blatant manner. Killing an innocent man just because one claims to hear a sound from the rocks is the claim of a paranoid madman. In this case, whenever a psychopath commits a crime, he could no doubt claim that he heard the voice of God speaking to him from a rock. This suggestion is laughable; we are all familiar with the claims of assorted and sundry murderers who say they were acting under “divine inspiration” as they committed their crimes.

However, even if we assume that there is such a hadith, it could easily be interpreted in a different way, humanely and reasonably. For instance:

“Judgment Day will come only when the Muslims fight the Jews.”

Some radicals have interpreted this statement as an excuse or a call to make war against the Jews. However, this can never give legitimacy to such a notion: this hadith has already been realized. Muslims and Jews have already made war against each other in Palestine, Egypt, Syria, Jordan, etc., and have done so several times in the last century alone. But this saying does not set forth that Jews are the eternal enemies of Muslims or that Muslims should always fight against Jews. Such interpretations have no theological or doctrinal basis.

Similarly, in the “sayings of the Prophet Mohammed,” many events regarding the End of Times have been explained in great detail and they have all come true. For instance, in one of them the Prophet foretells that blood will be shed in the Kaaba (and this has happened in the recent past, in 1979 to be specific, during the siege of the Masjid al-Haraam), but it has never been interpreted as a call to shed blood in the Kaaba.

The Prophet Mohammed informs us that there will be a great war between Iran and Iraq (the Iran-Iraq War of 1980-1988), and this has never been interpreted to mean that Muslims should fight each other. Therefore, these interpretations that call for war against the Jews have no theological or doctrinal basis, and they are an apparent misuse of Islam.

The other false interpretation, regarding the continuation of this hadith, can be found in the Hamas Charter:

But we cannot deduce any judgments based on a single verse of the Qur’an or a single hadith.

For instance, if a Muslim sees a Jewish child hiding behind a stone and a “voice” comes from that stone, one can safely presume that he is suffering from an auditory hallucination. If somebody turns up one day and claims that stones and trees spoke to him, and thus he went off and killed some Jews, we should regard him as a madman and that person would thus be committing murder; he would be an assassin. This would be haram (unlawful), and it is definitely unacceptable.

Killing children, killing women or killing innocent people is not acceptable. A Muslim can protect himself only in legitimate self-defense. Otherwise, killing the innocent is a sin.

If someone tells me, “Come here, there is a Jew here, come and kill him,” I would regard this individual as a psychopath, since no rational Muslim would do that. Even if the Jewish person in question has committed a crime, the police should be summoned, the individual arrested and charged and he should be put on trial and sentenced by a judge. There is a legal system and he would be punished for the particular crime he commits. This does not mean that whoever wishes can go off and kill anyone he meets; such is the reasoning of anarchists and delusional psychotics.

According to the Qur’an, Jews have a special status as “People of the Book” and there is no obstacle whatsoever for Muslims to live side by side with Jews. On the contrary, Muslims can establish warm relationships with Jews through marriage and the sharing of food. God says that the food of Jews is lawful (halal) for Muslims; that means that God creates some sort of closeness with Jews, and that he wants us to consider them as friends. If we are able to sit down to dinner together, how could it be that Jews are Muslims’ foes? If God says one can marry and eat with the People of the Book, this is the clearest proof that we can live together in a climate of peace and love.

Police Arrest Arabs Who Attacked Haredim on Shabbat, Forced Them to Convert to Islam 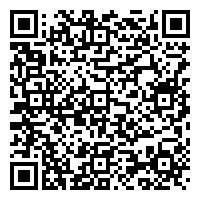