The Palestinian Authority revealed Monday that it refused to agree with visiting U.S. Secretary of State John Kerry’s request to change a “few words” in the 2002 Saudi Peace Initiative.

The Saudi peace plan promises “normalization” of relations with Israel – without express recognition of the country – in return for Israel’s retreating back to the 1949 Temporary Armistice Lines that existed until 1967 and accepting the immigration of several million foreign Arabs.


Even the most leftist of Israelis, except for those really on the fringe of the fringe, have rejected the demand for allowing a flood of Arabs to destroy the Jewish character of the country.

But Kerry is undaunted.

In typical State Dept. tunnel thinking, he dug up the Saudi Peace Plan in an effort win the support of the Arab League and, according to senior PA negotiator Saeb Erekat, asked Ramallah to make a small compromise in the wording.

“Kerry asked us to change a few words in the Arab Peace Initiative but we refused,” Erekat told the Voice of Palestine radio station Sunday, according to the Washington Post.

The Palestinian Authority really has no reason to compromise.

PA Chairman Mahmoud Abbas has carefully carried out a one-track-mind strategy for eight years, replacing Yasser Arafat’s pistol on the belt with a suit and tie and globetrotting to win international support.

While official Palestinian Authority media honor suicide bombers and without a wink show Arabs in Judea, Samaria and Gaza maps of Palestine with borders of the Mediterranean Coast and the Jordan River, Abbas has played along with the Bush administrations without committing to anything.

Feeling full confidence that he no longer needs the United States, Abbas went to the United Nations in November and won his long-sought recognition, although only in a resolution, that recognizes all of his demands without recognizing Israel as a Jewish state.

Kerry is trying to turn back the point of no return, and even after Erekat said he turned him down, the Secretary of State, was seen in Israel without blindfolders on Monday even though he said he sees “a road ahead” on the two-state solution for peace between Israel and the Palestinian Authority.

Invoking the same evangelical-like tone of President Barack Obama when he visit Israel last month, Kerry said, “You have to believe in the possibilities to be able to get there. You and I believe in them and I’m convinced there is a road ahead.”

The road ahead for Abbas is elsewhere.

While Kerry was solemnly saying that the wailing sirens of Yom HaShoah had a “profound impact” on him, Abbas, whose doctoral thesis was on Holocaust denial, was on his way to Qatar to meet with Arab League diplomats for the next step on how to negotiate without negotiating. 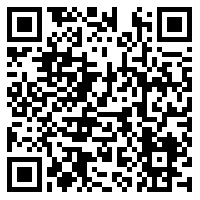