The streets of many Israeli cities are monitored by large clowders of cats, who receive their daily appointed meals from little old ladies. Those ladies are known for communicating much better with felines than with humans.

Israeli cats are renowned for their acapella singing, especially these days, in springtime, when the singing becomes even more dramatic and punctuated by the occasional ungodly screams.


The cats reward the cities they occupy by ridding largely them of rodents, a job they do efficiently and tirelessly. Of course, they don’t let the rodent population become completely extinct, as that would render them, the cats, needless, and no one wants that.

In Netanya, the cats are joined by crows in maintaining rodent control in the city. The crows have also rid Netanya of its seagulls. Who needs flocks of white seagulls flying about, when you can have bands of ravens brandishing their hooked beaks, always dressed sharp and on the lookout for mice. 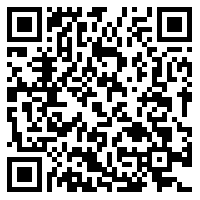