It is a rare instance when Muslims publicly make amends to Jews for their vicious anti-Semitism and then underwrite a Zionist event honoring two fierce Zionists. In fact, we don’t know of any time this has happened other than this one: the newly formed Creative Zionist Coalition (CZC) is holding a Purim gala honoring Pamela Geller and Robert Spencer at Santa Monica’s Shangri-La Hotel, which is owned by a woman who has lost a case for anti-Semitic discrimination. She is appealing, but meanwhile, she has reached out to Zionist protesters and invited them to hold an event that exposes and repudiates Islamic anti-Semitism.

It’s a remarkable story. In 2010, the Muslim owner of the Shangri-La Hotel, Tamie Adaya, told an employee to “get the f—king Jews out of the pool.” The Jews were at the hotel for a fundraising event for the Friends of the Israeli Defense Forces (FIDF).  The FIDF volunteers who were thrown out of the Shangri-La Hotel’s pool sued Adaya in a California state court. The jury determined the hotel owner had committed various acts of anti-Semitism and returned a verdict against Adaya, finding that she had repeatedly violated the California Civil Rights Act and committed various other acts of discrimination against the group of 18 plaintiffs.


When word spread about Adaya’s anti-Semitism, two Jewish activists, Orit Arfa, at the time the executive director of the Western Region of ZOA, and Steven Goldberg (who is the National Vice Chairman of the Zionist Organization of America), scheduled a demonstration in front of the Shangri-La Hotel. Facing a public relations disaster, Adaya sent a hotel employee to meet Arfa and Goldberg and promise that if they called off the protest, she would host an event for them at the Shangri-La at her own expense.

Goldberg and Arfa agreed. Goldberg explains that Adaya’s “agreement was with me personally, not with anyone else or any organization, that I had the right to give the party to whatever organization I wanted, and I chose to make it the Creative Zionist Coalition.” This was fitting, since Arfa was the driving force behind the protest against the Shangri-La.

The sincerity of Adaya’s repentance has been discussed at length. This is not really at issue. No one involved in the CZC event thinks she has had a change of heart. Goldberg explains: “I personally made the decision to cancel the protest because I thought a single protest that would just last a couple of hours was less of a victory than a public statement by Adaya supporting the State of Israel and condemning anti-Semitism, donations by Adaya to an Israeli charity to benefit wounded IDF veterans and another Israeli charity to benefit the Israeli victims of Arab terror, and a free pro-Israel party at the hotel. I stand by that decision. I have no doubt that Adaya is an anti-Semite, and I thought all this would humiliate her. I still think so. I expect she will be getting a lot of heat from MPAC, CAIR and other Muslim groups as the party approaches. The whole point of this is to be in her face on this.”

It is just what we should be doing: confronting Islamic anti-Semitism, refusing to back down, and demanding that Muslims make public actions affirming universal human rights and human dignity. The event at the Shangri-La Hotel on February 24 is a first: a Muslim underwriting an event honoring two leading voices against Islamic anti-Semitism. This is a major event: whatever is in her heart, a devout Muslim is publicly acknowledging that Islamic anti-Semitism is wrong, and making public amends for it.

Goldberg sums it up: “We are all going into the lions den to taunt the lions. It’s not for the faint of heart.”

Pamela Geller is the President of AFDI (American Freedom Defense Initiative), publisher of AtlasShrugs.com and the author of The Post American President: The Obama Administratoon’s War on America and Stop the Islamization of America: A Practical Guide to the Resistance.” Robert Spencer is the director of Jihad Watch and author of the New York Times bestsellers The Politically Incorrect Guide to Islam (and the Crusades) and The Truth About Muhammad. His latest book is Did Muhammad Exist?. 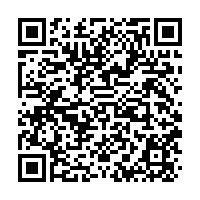