Pro-Israel, anti-Islamist blogger Pamela Geller found herself unable to use the services of PayPal Holdings, Inc., one of the world’s largest Internet payment companies.

On Sunday, Pamela published an entry stating, “They did it. PayPal has banned our organization, American Freedom Defense Initiative. It’s coming down fast, while hate groups like CAIR (Council on American–Islamic Relations) and the SPLC (Southern Poverty Law Center) are getting millions from left-wing corporate managers. The SPLC received a two million dollar pledge from Apple and MGM Resorts International will match employees’ donations to terror tied group CAIR.”


Geller included a copy of the note she received from an official in Paypal’s Dept. of Brand Risk Management which said she was permanently banned from using PayPal:

“The left is awash in funding. And they mean to cut off everything from those working in defense of the free and the brave,” Geller, a prominent activist for the counter-jihad movement in the United States, commented.

“AFDI is a human rights organization dedicated to freedom of speech, freedom of expression and equality for all before the law,” Geller added, inviting her readers to voice their support by calling PayPal Customer Service 1-866-528-3733 or 1 (888) 221-1161.

Also, Geller invites her supporters to send their donations via Stripe, a secure site which allows both private individuals and businesses to accept payments over the Internet.

Robert Spencer’s (not to be confused with Richard Spencer) Jihad Watch website was also banned from PayPal.

Following push back by Geller’s followers, Paypal reviewed their permanent decision to ban her, and on Monday restored Geller’s account.

A class action lawsuit (Zepeda v. PayPal) filed in 2010 was settled in 2016, in which the plaintiffs contested PayPay’s “holds” on funds. PayPal has proposed a settlement in the amount of $3.2 million and agreed to change some of its policies. The settlement has yet to be ratified.

In June 2011, PayPal and Israel Credit Cards–Cal Ltd. were sued for roughly $4.5 million, for PayPal deliberately failing to notify its customers that ICC-Cal was illegally charging them for currency conversion fees.

In 2015, PayPal agreed to pay a $25 million fine to settle a complaint filed in Federal Court by the Consumer Financial Protection Bureau, alleging that consumers using PayPal were signed up for PayPal credit accounts without their knowledge nor consent. 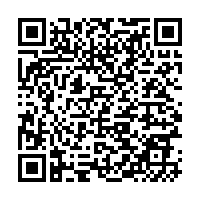