Kaukab Siddique, an associate professor of English at Lincoln University, told the Philadelphia Inquirer in an interview on Monday, “I would say it again.”


Siddique slammed Geller for activities carried out by the group she heads with Spencer, the American Freedom Defense Initiative. The group has sponsored the recent controversial “Draw Mohammed” cartoon contests – one of which drew terrorist gunfire in Texas from an irate Muslim jihadist.

“She did the worst, other than killing us,” Siddique said. By violating what is “most sacred to us, we can talk about her, that she is Jewish and she is white and she’s a supremacist and she is doing this to us,’ he said.

Siddique has also publicly expressed doubt about the truth of the Holocaust, referring in speeches to the work of Holocaust denier David Irving who has said there is no evidence that Jews were murdered in gas chambers.

“I have read things from both sides and therefore I think that for any study of the Holocaust, we need to know what the critics say,” Siddique said. “Were there ovens?. . . If you study the pictures of Auschwitz, there are no ovens there.”

In response to Siddique’s odd question about the gas chambers during the Holocaust, Spencer charges, “This poisonous Holocaust denier is teaching our children. How did we get here? The silence of reasoned, the rational. The silence of everyone who stood silent when they came after us, fearing they’d be labeled ‘Islamophobes’ and ‘racists’ by Jew-haters and radicals…

“Worst of all, back in May, when ISIS first issued its fatwa (edict) calling for me to be murdered, Siddique wrote on Facebook:

“Very cleverly, the corporate media are trying to present the Texas situation as ISIS vs. Geller. The Prophet Muhammmad [sic], pbuh, (ed: “peace be upon him”) is the , [sic] leader of the ENTIRE UMMAH, not just of ISIS. Two of ISIS gave their lives for the honor of the Prophet, pbuh. We can’t do that, but the law of this land gives us the right to speak out. ISNA, ICNA and CAIR think you can simply ignore blasphemy.  Millions embraced Islam because of Malcolm. (ed: Malcolm X) Imagine what America’s oppressed people think of us when we don’t speak even when our greatest sanctity is violated? Muslims, we are waiting for Allah’s wrath to descend on us.”

Siddique did not condemn ISIS, Spencer pointed out. “He says that ISIS is part of the umma, in arguing that the entire umma should be trying to kill me, not just ISIS. Siddique is, like ISIS, trying to enforce Shari’a blasphemy laws by force, trying to intimidate the West into silence in the face of the jihad threat.”

Other past Facebook postings have included such gems as: “Know the Jews and you’ll know your enemy” and references to renowned Harvard Law School Professor Alan Dershowitz as “that Zionist Jewish dog Derschowitz (sic).”

In his interview with the Philadelphia Inquirer, Siddique also slammed the U.S. military, saying it had “fallen below Hitler” in treatment of prisoners at Guantanamo Bay and in Iraq.

But in the classroom Siddique claimed, “My policy with students is to help them to think, not tell them what to think.”

The professor, age 72 and a native of Pakistan, teaches at a mosque and community center in Baltimore, where he lives with his wife, outside of the university. He also publishes an Islamic magazine. 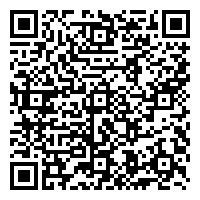