Rabbi Dr. Salomon Carlebach selected Rabbi Mordechai Gumpel to teach Joseph Carlebach and all his siblings. Reb Gumpel, as he was known, was a cousin of my great-grandfather, Meyer Gumpel-Furst, who was a disciple of Gaon Rav Jacob Ettlinger, chief rabbi of Altona and author of Aruch La-Ner. His scholarship and piety were recognized by Rabbi Dr. Esriel Hildesheimer, and Rav Salomon Carlebach delivered the hesped at his funeral in 1912.


The chief rabbi’s nephew, the son of Rabbi Naphtali (Hartwig) Carlebach, became the world-famous Reb Shlomo Carlebach, who was named after his grandfather. That he became a major contemporary figure in composing Jewish music is not at all surprising. As with the entire Carlebach family, he was talented and brilliant. Reb Shlomo’s intellect was developed via studies at Mesivta Torah Vodaath and the Lakewood Yeshiva. His unique interpretation of liturgical and biblically influenced music sprang from his intensive Torah knowledge and scholarship. These compositions continue to inspire Jews around the world.

Had Chief Rabbi Joseph Carlebach survived the Nazis, he would have been a key figure in religious Jewish life in the post-World War II period. He would have been a major unifier of the various elements of Orthodox Judaism had he lived in America and would have contributed immensely to broadening and expanding religious life in Israel had he resided there.

Rivlin Passes Mandate to the Knesset for 21 Days, Then Fourth Election 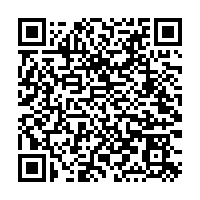