Interior Minister and Yamina party Chairperson Ayelet Shaked officially announced on Wednesday that she is joining with Communications Minister and Derech Eretz Chairperson Yoaz Hendel [Handel] to form a new party to be named “Zionist Spirit.”

Shaked will head the party, Hendel will get spot number two, and Zvi Hauser (Derech Eretz) will be joining the list in the fourth spot. The third spot will be reserved for a  candidate from the Religious-Zionist community (no connection to Bezalel Smotrich).

Shaked and Hendel will declare their opposition to forming a narrow coalition government.

Deputy Minister Matan Kahana (Yamina), who is loyal to former Prime Minister Naftali Bennett, did not participate in the negotiations, and has taken a hardline stance against his party joining any government under Netanyahu.

It’s unclear if Kahana will be joining Shaked’s party as he is still looking for another party that will have him.

Defense Minister Benny Gantz is not rushing to take in Kahana, as the ultra-Orthodox parties made it clear they won’t work with Gantz if Kahana is a member of his party. 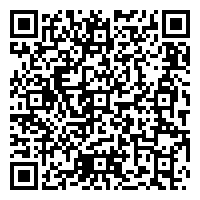