Mati Tuchfeld on Monday morning reported in Israel Hayom (נתניהו לגנץ: החלת ריבונות ביהודה ושומרון – או הליכה לבחירות) that PM Benjamin Netanyahu was stunned to discover during the coalition talks with Blue&White just how strongly his former IDF chiefs of staff—Benny Gantz and Gabi Ashkenazi—objected to his plan to apply sovereignty in the Jewish settlements of Judea and Samaria, with American approval.

Tuchfeld reveals that the two leaders were simply lying when they agreed with Netanyahu’s promise of sovereignty, and Gantz went ahead and lied to President Trump himself during their meeting in Washington. Behind closed doors, apparently, Blue&White is determined to do everything in its power to sabotage the move.


Mind you, they are not the only ones affiliated with the Netanyahu government who don’t want sovereignty based on Trump’s “deal of the century.” The settlers’ leadership is also opposed to it, because it would entail an Israeli commitment to Washington to stay out of a good chunk of Area C, to make room for a contiguous Palestinian State.

Nevertheless, according to Tuchfeld: “Netanyahu is determined. Applying sovereignty has become his life’s mission. He has long since become prime minister with the longest tenure, and is now fighting for what will he will leave behind. The main achievement to be named after him. Already during the formulation of the coalition agreement, Netanyahu succeeded in forcing Gantz to accept the clause stating that, unlike all the other decisions and laws, he would have no veto over the sovereignty.”

Netanyahu is facing additional problems, it turns out: Interior Minister and Shas Chairman Aryeh Deri also has cold feet about the move – he demands Blue&White’s approval, or else he, too, would not support it. And then there are the Americans.

In the end, it comes down to math, and at the moment the minister holding the deciding vote as to whether or not a sovereignty bill would be submitted to the Knesset is Communications Minister Yoaz Hendel, whose party, Derech Eretz, has splintered off Blue&White.

On paper, Hendel is absolutely gaga for sovereignty. He describes himself as a rightwing pragmatist, a liberal nationalist. For him, a restrained application of Israeli law in a good portion of the settlements is the right move. So what’s wrong with this picture? As is often the case when it comes to Netanyahu’s past affiliations, there’s the bad blood thing.

In 2012, Hendel, then Netanyahu’s Director of Communications and Public Diplomacy, was forced to resign after Netanyahu told him he had lost confidence in him for having informed the Attorney General Yehuda Weinstein that the Prime Minister’s bureau chief Natan Eshel was sneaking pictures under the skirts of his female staff members. The information led to an investigation by the Civil Service Commission, and to Eshel’s inevitable resignation. Hendel and then Cabinet Secretary Zvi Hauser, also reprimanded by Netanyahu for the sin of trying to give him deniability by keeping him out of the loop on his pervert bureau chief, were out.

Natan Eshel was the close confidant of Mrs. Sara Netanyahu whose response to the two staffers’ snitching was the traditional off-with-their-heads. The fact that both are back, alive and kicking, and one of them is a regular in Bibi’s cabinet meetings is a constant source of humiliation to the Netanyahus. To now rely on his deciding vote on a bill that represents Netanyahu’s legacy is humble pie served on a skewer with bits of craw in between.

In recent days, according to Tuchfeld, Netanyahu has been meeting with Gantz to untie the Gordian Knot. Gantz said that he would vote in favor of sovereignty in return for a two-year budget. Netanyahu has been pushing for a one-year budget, contrary to the coalition agreement. Blue&White are convinced it’s because the PM has no plan to let Gantz take over as part of the agreed rotation in less than a year and a half. Bibi is not budging on the budget. Instead he wants to force Gantz’s hand with threats of new elections.

The Likud Chairman has a window of opportunity to drive his government into a dead end, at which point he could disperse the Knesset without having to hand over power to Gantz. Netanyahu has every reason in the world to kill this government: in his eagerness to resolve the political stalemate he awarded Blue&White a slew of portfolios, at the expense of his own senior Likudniks. The polls now show Blue&White at a devastating decline, possibly down to single digits, should elections be held today. Bibi is soaring with as many as 44 seats, and a rightwing coalition with Yamina but without Liberman could net 64 mandates.

He has to be an idiot not to try to kill this government, and Mother Netanyahu did not raise idiots.

All of this could be turned from a fierce struggle to an explosive eruption should someone at the White House, say a certain son-in-law of President Donald Trump, insist that the sovereignty is conditioned on Blue&White’s support.

All this rage and betrayals and unforgotten slights and back-stabbing and livid loathing is probably going to come to a full boil on Wednesday next week, July 1, 2020. Should be some show. 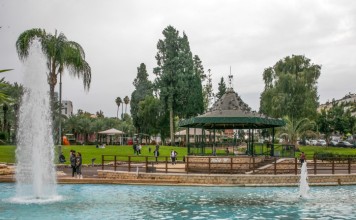 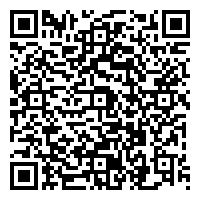