One of the open-secrets about the seemingly-never-ending nature of violent Palestinian Arab hatred of Israel, Israelis and Jews is the sustaining role played by money and power.


That’s one of the reasons we mention often how the Palestinian Arabs live in a society ruled by kleptocrats – those aggressive and powerful Abbas/Arafat regime insiders whose well-being and wealth depend on keeping the flames of hatred going and their fellow-citizens under their heels.

Yesterday (Tuesday), Associated Press syndicated a somewhat rare look at what the ordinary folk think of their Palestinian Authority overlords, and how that translates into action.

The original AP version of the article (under the headline “In tough times, most Palestinians view government as corrupt“, Karin Laub and Mohammed Daraghmeh, May 24, 2016) is archived here.

But about the headline: is it fair and accurate to say “most” when the proportion of Palestinian Arabs convinced of their governing regime’s corruption is almost 96% according to the data quoted by AP. Given a 3% margin of error, that’s about as close to unanimous as public opinion ever gets. What other issues do we hear about where 4% of the total population disagree? Never happens.

Let’s also note that massive Palestinian Arab corruption is neither new nor a secret. As the AP piece notes:

How those millions are spent is precisely at the heart of the ongoing scandal via which willfully-gullible European governments, along with the co-operative United States, continue to fund the Arafat/Abbas Rewards for Terror scheme while pretending not to notice the array of fig leaves and overt lies. Those serve as cover for the jihadist murders – mainly of Israelis – that everyone involved knows is the actual purpose of the cash flowing into Ramallah.

If we have to choose one particular shortcoming in yesterday’s news report, it’s that AP could have depicted, but did not, Palestinian Arab corruption in ways that might have significantly changed people’s perceptions. How? By photographs of those concrete expressions of corruption that we know about but that are rarely seen.

Pictures of villas for the powerful and well-tended, paved and – of course – guarded streets do that well. A shame that AP offered only one such image in its syndicated story (the photo at the top of this post), and that one shows no human beings. The text describing the exclusive neighborhood (“built for senior Palestinian Authority officials on subsidized land“) helps, but it’s almost always true that pictures trump words for impact.

There are probably many other concrete expressions of PA corruption that could easily have been caught on camera but were not, and perhaps never will. AP along with every other news company is subject to the reality that the production of photographic images from the areas under PA control has for years been subtly (and almost silently) controlled by the Abbas circle. By far the majority of photographers working in that field are themselves Arabs, who are the source of the photos syndicated out by Reuters, Xinhua, AFP and Associated Press.

What kind of images almost never emerge? How about photos or clips of PA insiders – the fat-cat ministers, the fancily-dressed bureaucrats, their privileged children – getting in or out of their fancy SUVs and limousines. We’re thinking of that in particular because it’s a reality we encounter when we make a weekly trip to the community south of Jerusalem to visit grandchildren. This involves our driving past Bethlehem, and sharing the road with drivers leaving or entering Bethlehem or Hebron or the surrounding villages.

If you have not made that journey recently, or visited other parts of the PA’s domain, you might be surprised by the reality. This video clip, made last year by a creative (and justifiably angry) Israeli individual with an activist bent, Ezri Tubi, delivers in simple in-your-face form an illustration of how badly people’s ignorance and/or misconceptions serve them about non-trivial aspects of the lives lived by our Pal Arab neighbors.

Very rarely, images do emerge of the armed security men – many thousands of them, in at least eight different official organizations [source] – who keep the PA elite safe from their disenfranchised citizens. Sure, AP reporters can and do write (mildly) about this sort of thing, as we have just seen. And from time to time they can also remind the world that the Palestinian Arabs are not only exploited but their own power circles, but can do next to nothing about it since those same power circles have no interest in allowing them to exercise their democratic right to vote in elections. It’s good to see those things written and said occasionally because they are true and meaningful.

But there’s no substitute for producing images and the honest contexts that need to accompany them. (And yes, we know life and freedom are about many issues, not just villas and Volvos.) Photos really get into people’s heads in ways that words rarely do. However that threatens those PA insiders and so their appearance is much rarer.

(In case it’s not obvious, corruption in Gaza and among its Hamas ruling clique is as bad, if not worse.) 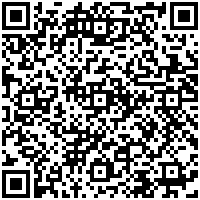