Now there is no doubt at all that the Messiah is most certainly on the way.

The Grand Mufti of Egypt, Shawki Ibrahim Abdel-Karim Allam scolded the People of Israel Saturday over the humiliation to the sanctity of the holy city being perpetrated by allowing a nude performance to take place in Jerusalem.


Allam warned Israel on Saturday that “More Than Naked,” a performance Friday by 12 nude dancers at the Jerusalem Theater that was part of the 55th Israel Festival, “contributed to the spread of terror, extremism and instability” in the region.

Moreover, he called the performance a ‘humiliation to the sanctity of the holy city,’ according to a report broadcast by Galei Tzahal Army Radio.

The remarks came a day after the show, by Austrian choreographer Doris Uhlich, appeared on stage at the Jerusalem Theater.

The Islamic cleric pointed out that the performance constituted an arousing provocation, and as such, was an offense to the sensibilities of observant followers of all three monotheistic faiths.

It is beyond ironic that it required the Islamic chief cleric of our southern neighbor, Egypt, of all nations, to remind the Jewish Nation of where to draw the line in encouraging “artistic” or “cultural” expression.

Members of the Jerusalem City Council were also upset to learn that they were funding a nude dance performance as part of the Israel Festival. It was decided that next year the Jerusalem city council will have to approve all performances before funding them. 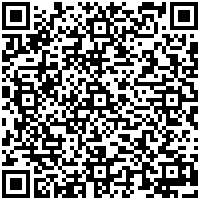