Finance Minister Moshe Kahlon, chairman of the Kulanu party, says he will not be the one to bring down the government of Likud Prime Minister Benjamin Netanyahu.

Kahlon told Israel Radio in an interview on Sunday, “The government will last. We have large, important challenges, and you can’t bring down a government every month, you can’t go to elections every year. The government needs to function,” he said.


The finance minister’s party holds the lion’s share in the coalition next to the Likud.

The reassurance followed a threat Saturday night by Bayit Yehudi chairman Naftali Bennett who told members of his Knesset faction that he is ready to vote against the appointment of new Defense Minister Avigdor Liberman.

Justice Minister Ayelet Shaked, also a member of Bayit Yehudi, stands to lose her job if the party leaves the coalition, as does Agriculture Minister Uri Ariel.

In a Facebook post late Saturday night, Bennet said the security cabinet “commands the [IDF] chief of staff and the IDF, which makes fateful life-and-death decisions, must stop being blind. Today it is blind.” The cabinet ministers, he contended, “consistently have critical information withheld from them.”

The 61-seat coalition is to be expanded by five more mandates when Liberman’s Yisrael Beytenu party’s membership is completed with his appointment as defense minister. But it may not survive the loss of Bayit Yehudi. 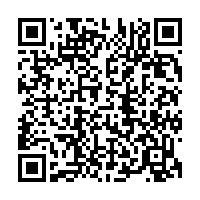