The editorial states that “…it is high time for those who serve as liaisons between candidates and our community to put an end to these shenanigans. If and when our spiritual leaders choose to instruct their followers how to vote, they will do so directly and not through the press releases of political campaigns.”


Since I was the liaison who accompanied Reverend Salgado to both the Skulener Rebbe and the Rachmestrivker Rebbe, and since I served as the English-Yiddish and Yiddish-English translator at both meetings, I would like to clarify the question of endorsements.

First of all, I wish to agree with Hamodia that this business of exploiting the Rabbonim and Rebbes for political gain has gotten out of hand.

It is truly a disgrace of Kovod Hatorah when a politician who advocates public policies of immorality and Toeva—the very opposite of what the Rebbes stand for–has the nerve to come to the Rebbe and ask for a “Brocha.”

The endorsement of a Rebbe should not be cheapened by giving it to every Bill, John, and Anthony who shows up at the Rebbe’s house.

However, for every rule there is an exception–Such is the case with respect to Reverend Erick Salgado, who is running in the Democratic party primary election for Mayor on September 10.

At great personal risk—he has received numerous death threats—Reverend Salgado has spoken out vigorously against the push for the legitimization of the homosexual lifestyle in New York and the indoctrination of our citizens–especially innocent children—into accepting this immoral and perverted behavior as normal and acceptable.

Reverend Salgado alone has stated—clearly and unequivocally—that one of his first acts upon assuming the office of Mayor will be the rescinding of the anti Bris-Milah regulations enacted by the Bloomberg administration, and the dismissal of the Health Commissioner and his bigoted assistants who participated in this fraudulent Blood Libel.

There is no other candidate running for mayor who supports our community’s values as Salgado does.

When I related these facts to both the Skulener Rebbe and the Rachmestrivker Rebbe– both of whom I know personally–they responded enthusiastically.

They expressed their Hakaros Hatov (gratitude) to Reverend Salgado for sticking his neck out on behalf of our community, and they gave him an enthusiastic brocho for success in the coming election for Mayor.

To me, that’s an enthusiastic endorsement! 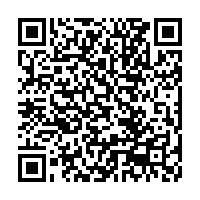