“Yosef, congratulations on your graduation!” said Uncle Sam. “I want to buy you a new bike as a present.”

“Oh, thank you!” exclaimed Yosef. “The chain on my old bike keeps slipping and the brakes are going.”

Yosef and his uncle went to the bike store and chose a Schwinn 21-speed hybrid bike. “You also need a lock,” said Uncle Sam. “Get a Kryptonite U-lock.”

Yosef brought the bike home and showed it to his parents. “That was very generous of Uncle Sam,” said his mother. “You should write him a nice thank-you note.”

“Make sure to keep it locked,” said his father. “New bikes have a habit of growing feet and ‘walking’ away.'”

The following day, Yosef arranged with his friend Dovid to go bike riding together. He stood his bike at the entrance to Dovid’s house and rang the bell. “I’ll be out in a minute,” said Dovid. “Come in and close the door while I put on my coat.”

“I left my bike outside your door!” exclaimed Yosef. “It’s gone! Someone stole it!” “You didn’t lock it?” asked Dovid.

“I always do,” Yosef replied. “But I didn’t think I needed to for the three minutes. What am I going to tell Uncle Sam?”

“I feel really bad,” said Dovid. “We’ll post ‘Missing’ signs around the neighborhood; maybe the bike will turn up. Meanwhile, I have an extra bike you can borrow. ”

A week later, Dovid and another friend spotted Yosef’s bike locked outside a store. They waited a few minutes and saw Jake come and unlock the bike.

Dovid walked over and grabbed the handle bar. “Hi Jake, where’d you get this new bike?” he asked.

“This looks like Yosef’s new bike,” Dovid said. “Someone stole it from my house a week ago.” He glared at Jake piercingly.

Jake looked down uncomfortably. “I took it from there,” he admitted quietly. “I’ll return it now. Please don’t tell Yosef.”

Dovid walked with Jake back to Yosef’s house. Jake put the bike quietly in the backyard.

A half hour later, Yosef heard a sharp “Crack!” from outside and then a bang. He looked out his window and saw that a tree had fallen down. Underneath, he spotted his new bike… mangled beyond repair. “How did the bike get here?” he cried out. Yosef called Dovid immediately. “You’ll never believe what happed!” he said excitedly. “Someone returned the bike to my backyard, but our tree broke and fell on it. It’s ruined now! I wonder who took it.”

“I have a clue,” said Dovid, “but I have to speak with Rabbi Dayan first.”

“All right,” said Yosef with a puzzled tone. “But let me know as soon as you can.”

Yosef walked over to Rabbi Dayan’s beis medrash. “Someone stole my friend’s bike,” he told Rabbi Dayan. “He returned the bike to my friend’s backyard, but a tree fell down and broke it. Is there a point in telling him who the thief was?”

“A person who steals something becomes fully responsible for it,” said Rabbi Dayan, “even if lost due to uncontrollable circumstances [ones]. The thief continues to be responsible until the item is safely returned to its owner.” (C.M. 355:1)

“Does the owner have to know it was returned?” asked Dovid.

“Why is there this difference?” asked Jake.

“The primary reason,” explained Rabbi Dayan, “is that the owner has to know to look after his item. If the owner was not aware of the theft, he will watch it now just as he did before the item was stolen. If he knew that it was stolen, though, he has to be made aware that the item was returned, so that he will resume looking after it [SM”A 354:1]. For example, had your friend known the bike was returned, he might have brought it inside his house.”

“So the thief remains obligated to pay for the bike?” asked Dovid.

“Yes,” said Rabbi Dayan. “If the thief doesn’t pay willingly, you should tell your friend who it was. Ideally, the thief should ask the owner for mechila, anyway.” (Rambam Hil. Teshuvah 2:5) 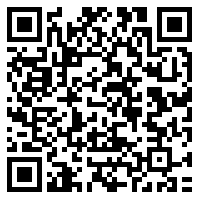