Our upstairs neighbor in Israel owned a penthouse. In the lounge, directly on top of us, they installed flowerbeds from wall to wall in which they planted various species of tropical plants. Rubber feeder pipes that ran along the flowerbeds watered the plants. The plants were happy.

We, however, were miserable. Our ceilings were constantly dripping and near collapse. But our complaints were ignored. “In our house,” they maintained, “we can do what we like.”


Whether or not one has the freedom to do what one likes within the confines of one’s own property regardless of the effect this may have on others and their property is a debate between the Tanai’m in the Talmud.

According to Rabbi Yosi, as long as one remains within the confines of one’s own property and one does not actively damage one’s neighbor’s property, one has the right to act as one wishes. Accordingly, one may plant a tree in one’s own garden even if the roots will ultimately extend into and penetrate a water well in one’s neighbor’s garden. It is up to the neighbor to remove his vulnerable property out of harms way.

Halacha adopts the opinion of Rabbi Yosi, because, as the Shulchan Aruch explains, the damage is not caused by the tree but rather by the gradual spreading of the roots, which occurs without human intervention. This type of damage, which occurs only after time as a result of a force independent of the owner of the property, is too remote to attribute to the property owner.

There are other situations, however, in which the damage occurs immediately following and as a direct result of the act complained of. Such situations are referred to as girei didei, direct damage. The damage is so attributable to the property owner’s action that it is as if he shot arrows into his neighbor’s property. In these direct damage situations, even Rabbi Yosi agrees that the property owner must cease and desist from such activities.

According to this definition, a property owner must desist from engaging in the following activities because they are deemed by halacha to cause direct damage to neighbors. They are: pouring or draining water out of one’s apartment if the water will enter the neighbor’s premises; operating heavy machinery that causes vibrations in the neighbor’s property; causing evil odors or thick smoke to penetrate one’s neighbor’s airspace and playing music so loud or otherwise creating noise that disturbs the neighbor’s peace and quiet.

Unlike certain other damaging activities, such as invasion of privacy, which if left unchallenged may eventually be engaged in as of right, the foregoing activities are so intrinsically disturbing to one’s neighbor that one can never acquire a right to engage in them.

Included in this category, according to Rav Moshe Feinstein, is second hand smoke. The smoker cannot claim a right to smoke in the presence of neighbors who have failed to complain about it in the past. With respect to these types of damaging activities, the rule is ein chazakah lenezikin, silence is not acquiescence.

SOUL TALK – Passover: Can You Feel The Love Tonight? [audio] 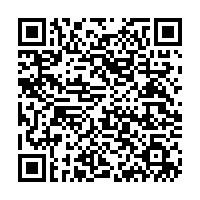