Deputy Commander of the Islamic Revolution Guards Corps (IRGC), Brigadier General Abbas Nilforoushan, on Saturday told the Tansim news agency that “the Zionist regime is too weak to be considered a threat against a powerful establishment such as the Islamic Republic, which has surrounded it from the east, west, north and south.”

According to Nilforoushan, “the Zionist regime is making last-ditch efforts to survive, as the signs of its downfall have become obvious.” He warned that the tiniest mistake would send “the wreckage of Tel Aviv into the Mediterranean Sea” and “nothing would be left from Israel.”

“Enemies of the Islamic Republic have well realized that if they initiate any aggression against Iran, they will not be the ones to end it and the Iranian nation will lay down their lives to defend their goals,” the Iranian commander said.

Back in 2012, he also noted that “the Zionist regime of Israel is already being challenged by different economical, social, political and ethnic crises, and a possible war with Iran would only add to the usurper regime’s problems and destroy it from within.”

On Saturday, Nilforoushan repeated the same exact wishful thinking, again arguing that ethnic, cultural and political divisions within Israel are so deep that a new rift over a war with its neighbors would push Israel to the brink of collapse.

At least one major leader has bought into Nilforoushan’s optimism. In remarks in December 2016, Ayatollah Seyed Ali Khamenei suggested Israel would perish within a few years.

“The Zionist regime – as we have already said – will cease to exist in the next 25 years if there is a collective and united struggle by the Palestinians and the Muslims against the Zionists,” Khamenei said.

With those notes of optimism as background, we should note that from January 2013 to March 2017, the Iranian Revolutionary Guard Corps lost 2,100 soldiers in Syria, with 9,000 wounded, according to Iran’s veterans’ affairs office. These included 418 ranking officers and several generals.

In August 2017, Brigadier General Hamid Abazari stated that 25% of the several tens of thousands soldiers that Iran had sent to Syria had been killed or wounded.

In March 2019, IRGC officer and strategist Hassan Abbasi stated that 2,300 Iranians “went to Syria where they were martyred in recent years.”

So, keep up the good work. 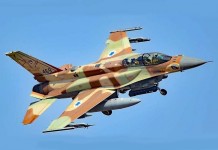 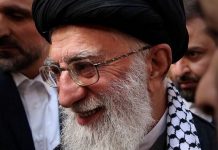 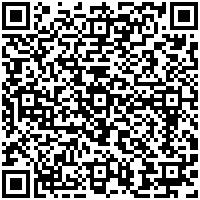