By the time we sit down at the Seder table, many of us are bleary-eyed. But somehow, when it’s time to sing the traditional songs, we get a second wind and come back to life – which is perhaps why Dayenu, Chad Gadya and the other piyutim were added to the Haggadah shel Pesach many centuries ago.

A Work in Progress

No, this isn’t a new version of Echad Mi Yodeya. But they are important dates along the way to creating the text of the haggadah that we’re familiar with today. While some scholars think the earliest text was created during the time of the Second Beis Hamikdash, others speculate it was written between the years 170 and 500, the time of the Tannaim and Amoraim. The earliest example of a still-existing text comes from the siddur of Rav Amram Gaon, who was a leader of the Jewish community of Sura, Babylonia, during the 9th century. The text fragment, which is thought to date to about 860, was found in the Cairo Geniza. Another fragment found in the Cairo Geniza was the haggadah included in the siddur of Rav Saadia Gaon, which was written several decades later.

It was only after the invention of the printing press in the 1480s that the text began to become standardized – a text that included the addition of several piyutim. When and why were certain songs included? That question is easier to ask than answer, as tracing the origins of the familiar piyutim found in our haggadot requires sleuthing skills similar to the ones needed to find the afikoman. But there are a few bread crumbs (or perhaps we should say matzah crumbs) to lead us back in time. And if they aren’t plentiful, there are enough – which leads us to Dayenu.

How many generations of Jewish children have enthusiastically sung out “Dayenu!” at the Seder table? All we can say for certain is, “A lot!”

Some scholars think the 15-stanza song of gratitude to Hashem dates back to before the Second Beis Hamikdash was destroyed because it ends on a triumphant note: the building of the Mikdash. If the poem had been penned soon after its destruction, surely it would have made note of that fact and looked forward to the time when the Beis Hamikdash would be rebuilt.

But there is no textual proof for such an early dating. So while the poem may have been written while the Temple still stood, the first time we find a written version of Dayenu is in Seder Rav Amram Gaon, another name for his siddur which was written in response to a request from a kehillah in Spain. Although the Rambam doesn’t mention Dayenu in his haggadah, Rashi does, and so we can assume the song was an integral part of the Seder in at least some communities by the 11th century.

What’s more, some kehillos have a special custom for Dayenu. If, for instance, you attend a Seder in Italy, you will likely find a green onion with a long stem placed by each person’s plate. When the chorus begins, each person picks up the onion and whips the wrist of the person sitting next to him or her. The Jews of Afghanistan, Iran and Iraq have a slightly different minhag: One person picks up a bunch of onions and whips his neighbor; the onions are then passed along until everyone at the table has had a chance to whip and be whipped.

What’s behind the ritual? Some say it’s to remind us of the miracle of being freed from the lash of oppression. Another explanation takes its cue from Bamidar 11:5, where the Israelites expressed a longing for the food they used to eat in Mitzrayim: fish, cucumbers, melons, leeks, garlic and, of course, onions. Beating each other with onions reminds us not to yearn for Mitzrayim or forget that we were slaves there. 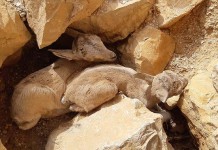 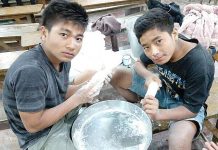 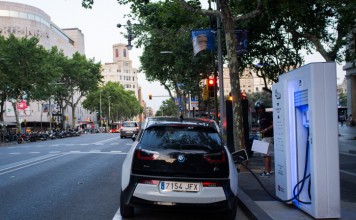 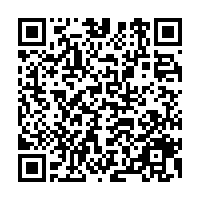