One day, David traveled for the company he works for to do an audit to Milano, Italy. It turned out that the Catholic plant manager had the same last name as him – Rousso. And he told him that there are many theories of where the name comes from – one of them is from the color red or rose. But the Italian Rousso told David that that was wrong; the name actually comes from a location in Sicily called Rosario and that when the Jews became emancipated slaves after the Roman expulsion, they took on the names of the areas where they lived. So that the Jewish family name Rousso comes from the area where the Jewish slaves lived after having being brought in chains from Jerusalem, and that, apparently, his family had at some point moved from Italy to Spain.

Because David Rousso can also trace his family back to the Spanish expulsion during the Inquisition. Although he’s not a hundred percent sure, he thinks his family hailed from Cordoba/Saragossa.

The Rousso family arrived in Jerusalem in 1570 but conditions were hard and they didn’t stay long. They went to Macedonia and then returned to Jerusalem, for good, in 1830. Rousso can even tell us their address (Amidan Street which today is Sha’ar HaShalshelet Street, part of the Arab market in Jerusalem’s Old City).

This picture has an interesting story. David Rousso’s great-grandmothers were both natural healers. One day, they saw a man in the street with a bandage on his face and he was crying. They asked him what was wrong and he told them that he had been to the doctor who told him that they would have to amputate his nose because it was so badly infected. The grandmothers told the man which herbs to buy at the market and then proceeded to heal him. He was a photographer and in gratitude, he took the family’s picture.

Not long after their return, two of Rousso’s grandfather’s brothers ran away from Jerusalem to evade the Turkish draft during the Ottoman occupation. One was reportedly killed in the Crimean War. The other was never heard from again and was assumed dead.

Decades later, someone told David’s grandfather, who worked as a cobbler in the Machane Yehudah market, that a man named Louis E. Rousso, a New York philanthropist was giving money to anyone who said he was related to the Roussos in Israel. When Louie came to Israel, David’s grandfather went to meet him at his hotel and showed him the family picture asking if he recognized anyone. He pointed to the grandfather’s brother who had disappeared almost 60 years before and said, “That’s my father.”

David discovered some more relatives in America when he started researching his roots when his youngest son turned bar mitzvah. There was a lot of research material out there.

To start, the Rousso family is mentioned in the epic account of the travels of Benjamin of Tudela (Binyamin Metudella) in the 12th century. The family’s more modern history is also supposed to be the basis of Bustan Sepharadi (The Sephardic Orchard) a musical play written by former President of Israel, Yitzchak Navon that has played in Israeli theaters since the early 1970s.

Today, the Rousso descendants number in the hundreds. Their family odyssey parallels the exiles and resettlement of the Jewish people from Second Temple times in Jerusalem to the 21st century, including forays through Europe and America.

Someday soon, G-d willing, when we are all reunited in Jerusalem, David Rousso and his family, who still live in the holy city, will be able to say, “We’ve been waiting for you.”

For any possible relatives wishing to contact David Rousso, he can be reached at: davidrusso28@gmail.com. 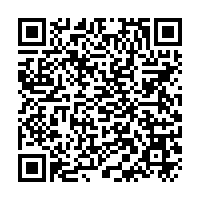