Last Shabbos morning, I reached for my siddur and started to daven. When I opened up the first page and saw the Ma Tovu prayer, I unexpectedly started crying.

I suddenly remembered at that point, that I had dreamed about my father, Yosef Ben Shlomo Zalman, z”l, on Friday night. My father was a Holocaust survivor who had lost his parents and eight brothers and sisters in the Shoah. He was incarcerated in a concentration camp, and with Hashem’s help, he had managed to survive. Unfortunately, for the rest of his life, he lived with the guilt of being a sole survivor. He and my mother, who also lived through the Holocaust, managed to raise three wonderful daughters who went on to raise Torah-true families.


My father did the best he could, with love and devotion. He sent all children to yeshiva, despite the financial hardship. He always strove to be a true Torah Jew, albeit always dogged by guilt. He passed away 19 years ago, and is buried in Har Hamenuchot in Jerusalem.

This particular Friday night, I dreamed that my father was sitting next to me. He asked for a siddur so that he could daven. I gave him one, but he asked for a different one, as for some reason, he couldn’t find the Ma Tovu prayer in the previous one. I handed him another siddur, and the dream was over. I hadn’t dreamed about my father in many years, and it was so good to see his face again. I had to believe there was a message in this dream.

I slowly read the Ma Tovu prayer, and found that, in it, we ask Hashem that this should be an opportune time for Him to hear our prayers and answer us with kindness. I felt that my father had come to let me know that during these tumultuous times, he was davening for us, and that we should all be doing the same. He also wanted to raise our awareness of the abundance that we have – Ma Tovu − how goodly are our tents!

May his memory be for a blessing, and may we all witness to coming of Moshiach soon! 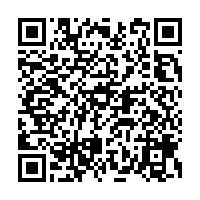