Forty minutes is usually the longest time that the Hatzalah medics work on trying to revive someone who has collapsed. If they haven’t succeeded in that time the chances are very slim of ever reviving a patient. But taking it in turns they refused to give up and continued to work on Rav Katz, a young rosh yeshiva who had suddenly collapsed in his home. They continued for a further forty minutes until a weak but identifiable pulse returned.

Meanwhile Rav Katz’s family, including his son who was due to get married in under a month, were davening with all their heart, begging the Almighty to spare their father, as were the bachurim for whom he was not just a rosh yeshiva but a father as well. Many of them were estranged from their own families and Rav Katz provided not just their spiritual support but also the emotional and physical support they all needed

Rav Katz’s wife had already contacted a close friend of her husband, Rav Schwartz, a well-known rav in the United States to tell him of the grave situation and he had immediately gone to the grave of the Ribnitzer Rebbe to ask him to intercede and beg Hashem to save his friend. The Ribnitzer Rebbe, Harav Chaim Zanvil Abramowitz, zt”l, was known in his lifetime as a ba’al mofes and a poel yeshuos – a miracle worker. He died on Isru Chag Simchas Torah 5756/1995 and is buried in the Vizhnitzer cemetery in Monsey.

On his return home Rav Schwartz called Rebbetzin Katz and told her not to worry. B’ezras Hashem, everything would be all right and her husband would yet dance at his son’s chasunah.

Most of the Rav Katz’s ribs had been broken during the desperate attempts to bring him back to life and he was kept under sedation for several days by the doctors in the hospital because of the extreme pain he would have experienced had he been awake. Tests were carried out but no cause had been found for his sudden collapse.
Heart failure was the only inconclusive answer. But what condition he would be in physically and mentally when he was brought out of sedation after being without any sign of life for so long was not clear. His family was warned that even though he was, baruch Hashem, alive, he would probably have suffered brain damage.

When Rav Katz regained consciousness he showed no sign of having suffered any brain damage. He immediately asked to speak to the young avreich who managed the day-to-day running of his yeshiva. He quietly asked him to find a photograph of the Ribnitzer rebbe. The young avreich looked in some sefarim and brought those with photos to his rav. “Yes it was him,” Rav Katz murmured.

He quietly related to the avreich how during the time he was without pulse or heartbeat he had ascended to the Heavens and was met by his deceased relatives. He saw many past gedolei Yisrael who welcomed him to the world of Emes. Eventually he was brought before a rav whom he didn’t recognise.

“What are you doing here?” he asked Rav Katz. “Your time has not yet come. You cannot stay here. You must return; you still have work to do.”

Rav Katz argued that he wanted to stay; it was so beautiful in this world of Emes. But the rav, who identified himself as the Ribnitzer Rav, was not to be swayed. Rav Katz had to return and the next thing he remembered he was waking in a hospital bed.

The rav had no idea at this stage of the behind-the-scenes tefillos that had been offered at the kever of the revered Ribnitzer rebbe but he declared that without a doubt the photos he was shown were definitely of the rav who sent him back down to this world – and to dance, albeit gently, at his son’s chasunah. 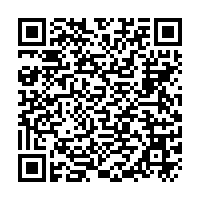