I recently interviewed Mrs. Tziporah Lifshitz of Maaleh Adumim, Israel about the posthumous publication of the book A Day Is A Thousand Years, Human Destiny and the Jewish People, authored by her late father, Dr. Zvi Faier, and edited by Tziporah and her mother, Chaya.

I knew Tziporah as a young child when our families lived around the corner from each other in Far Rockaway. I had not seen her for many years and I was looking forward to this interview.  I also remembered her father, whom we called Herschel, all those years ago.  He was a “scholar and a gentleman,” brilliant, but warm and approachable.  I was saddened when I learned of his death and thankful that with the publication of this book, his thoughts would remain for posterity.


Tziporah, please tell me a little about your father.

My father was born in pre-war Poland. His family fled Nazi occupied Poland and lived in Southern Russia. In 1948 through the help of an aunt they immigrated to Montreal, Canada where he attended yeshiva and received a Bachelor of Science degree. He then moved to Chicago where he received a PhD from Northwestern University, in theoretical physics. In Chicago he met and married my mother, Chaya and also met his mentor, Rabbi Chaim Zimmerman, who was the head Rabbinic scholar at the Hebrew Theological College.

In 1973 our family made aliyah. My father maintained his Talmudic studies with Rabbi Zimmerman at the Harry Fishel Institute, where he received Smicha in 1976.

Recently, when I asked a relative how he would best describe my father, he said, “ He was always striving towards deeper understanding and truth.” My father was above all, a man of Torah, but he was also a man of science.

What was your part in this book?

I was very close to my father. He wrote and then we discussed many pieces together, especially during the last three years of his life. Upon his death, I assumed the editing of the manuscript, together with my mother. But he completed the manuscript. On the one hand the book is very personal and yet it is a book of lofty ideas.

What is the theme of the book?

I think I would say, what being “the Chosen People” means and what it implies for non-Jews. My father believed in the goodness of mankind. He wanted this book to be read by Jews as well as non-Jews, because what is at stake is nothing less than the future of mankind. He relates his own life experiences, the Holocaust, because this tackles the question of the relationships of Jews and gentiles. He also discusses Christianity and anti-Semitism. A key word in his world is striving. Man at full stature, is a being that strives higher and higher. Not only mundane everyday survival and managing life, but striving to reach deeper truths and new horizons. This was how he viewed mankind and history and this is how he lived his own life.

Tell me a little about yourself.

I’m a mother of 8 children, all born in Israel. I live in Maaleh Adumim, which is about 15 minutes outside of Jerusalem. I teach Jewish philosophy at Ulpana Tzvia, the local girls high school and I am studying for my doctorate in the Talmud department of Bar Ilan University.

You mentioned Rabbi Chaim Zimmerman as your father’s mentor. How does this relate to the book?

Rabbi Zimmerman was a part of the Brisk dynasty, and was considered a giant in Torah. My father was his student for many years and he had a profound influence on his life. Some of the concepts explored in this book are things that my father discussed with Rabbi Zimmerman and he is mentioned often in the footnotes.

Tell me a little more about the book.

My father quotes Chazal, offering his own analysis and illuminating a new dimension, especially to those who are not so familiar with the words of Chazal. He brings new insights suitable to a broad educated audience, Jew as well as non-Jews.

This book is not a coffee table book, nor is it a quick read. It can be picked up often to read a few pages and then put down, but come back to again and again. 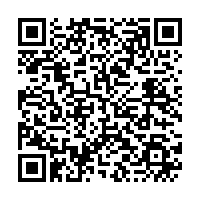