One detail that had a significant influence on Jewish liturgy appears later on in the Book of Deuteronomy: “Be joyful at your Feast…. For seven days celebrate the Feast to the Lord your G-d at the place the Lord will choose. For the Lord your G-d will bless you in all your harvest and in all the work of your hands, and your joy will be complete” (Deut. 16: 14-15).

The second strange feature appears in Emor. Uniquely, Sukkot is associated with two mitzvot, not one. The first: “Beginning with the fifteenth day of the seventh month, after you have gathered the crops of the land, celebrate the festival to the Lord for seven days … On the first day you are to take choice fruit from the trees, and palm fronds, leafy branches and willows of the brook, and rejoice before the Lord your G-d for seven days” (Lev. 23: 39-40). This is a reference to the arba minim, the “four kinds’ ”– palm branch, citron, myrtle and willow leaves – taken and waved on Sukkot. 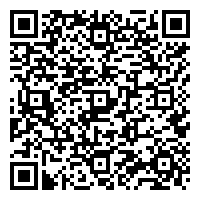