Rosh Hashanah, the Jewish New Year, is a kind of clarion call, a summons to the Ten Days of Penitence that culminate in the Day of Atonement. The Torah calls it “the day when the horn is sounded,” and its central event is the sounding of the shofar.

On Rosh Hashanah the shofar becomes a herald announcing the arrival of the King, for at this time of the year God is seen not as a father or creator or redeemer, but as the Sovereign of life enthroned in the seat of judgment. The imagery of the prayers is royal and judicial. The world has become a vast court, and its creatures pass before the King of Kings awaiting his verdict.

“With trumpets and the blast of the ram’s horn Raise a shout before the Lord, the King… For He comes to judge the earth” (Psalms 98:6, 9).

Before Him are the books of life and oblivion, and we pray to be written in the book of life.

At times the imagery of the day can seem remote, because monarchy has become for us less judicial, majestic and grand. Kings and queens no longer enter palaces to the sound of trumpets and preside over issues of life and death. Nonetheless, Rosh Hashanah still conveys a sense of expectancy and moment. Its two days are Days of Awe whereby we are conscious of standing before God – our past exposed to scrutiny, our future unknown and in the balance.

The New Year and the Day of Atonement are vivid enactments of Judaism’s greatest leap of faith: the belief that justice rules the world. No idea has been more revolutionary, and none more perplexing. There are questions that challenge faith, and there are questions that come from faith. Those who asked about the apparent injustices of the world were not figures of doubt; they were Judaism’s supreme prophets. Moses asked, “O Lord, why have You brought trouble upon this people?” Jeremiah said, “Right would You be, O Lord, if I were to contend with You, yet I will speak with You about Your justice: Why does the way of the wicked prosper? Why do all the faithless live at ease?”

They did not ask because they did not believe. They asked because they did believe. If there were no Judge, there would be no justice and no question. There is a Judge. Where then is justice? Above all else Jewish thought through the centuries has been a sustained meditation on this question, never finding answers, realizing that here was a sacred mystery no human mind could penetrate. All other requests Moses made on behalf of the Jewish people, says the Talmud, were granted except this: to understand why the righteous suffer.

As tenaciously as they asked, so they held firm to the faith without which there was no question: that there is a moral rule governing the universe and that what happens to us is in some way related to what we do. Good is rewarded and evil has no ultimate dominion. No Jewish belief is more central than this. It forms the core of the Hebrew Bible, the writings of the rabbis and the speculations of the Jewish mystics. Reward and punishment might be individual or collective, immediate or deferred, in this world or the next, apparent or veiled behind a screen of mystery. But they are there. For without them life is a tale told by an idiot, full of sound and fury, signifying nothing.

The faith of the Bible is neither optimistic nor naive. It contains no theodicies, no systematic answers, no easy consolations. At times, in the books of Job, Ecclesiastes and Lamentations, it comes close to the abyss of pain and despair. “I saw,” says Ecclesiastes, “the tears of the oppressed – and they have no ‘comforter.’ ” “The Lord,” says Lamentations, “has become like an enemy.” But the people of the Book refused to stop wrestling with the question. To believe was painful, but to disbelieve was too easy, too superficial, too untrue. 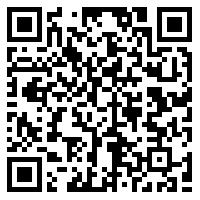