‘When the month of Adar enters, we increase our joy.’ But what if one doesn’t feel like celebrating?

Today marks the 7th anniversary of the tragic death of my beloved student, Ari Seidenfeld, a 9th grader who perished in a house fire together with three of his siblings. I remember getting the call on an early Tuesday morning, before school began. “Ari passed away,” began the broken voice of the principal on the other end of the line. As a new teacher, in my first position as a High School Rebbe, I struggled to cope with the loss while being a source of strength and support for the other students, dealing with their own grief. The Talmud compares the teacher-student relationship to the parent-child relationship. Ari was so funny, he had a joy for life, and just hours before the fire we were dancing and singing, in preparation for Purim. For me, Purim that year felt like Tisha B’Av.


Last year, we were all left shocked and speechless by the brutal murder of the Fogel family of Itamar. Walking back from Har HaMenuchot, together with the over twenty thousand who attended the funeral, I wondered how we would muster up the strength and joy required for Purim. I was left sad, confused and angry.

The same confusion and anger I felt after the senseless death of eight precious, holy souls, gunned down in Yeshivat Mercaz HaRav while studying Torah in the library on Rosh Chodesh Adar, the day that ushers in the festivities.

The joy of Adar is tempered by pain. How do we make sense of it all?

Purim is a holiday that struggles with this very question.

Purim means a lottery, a reference to the lot that the wicked Haman drew. The name of the holiday itself implies fate and chance the roll of the dice, the luck of the draw. At first glance, the story of Purim appears to be a series of coincidences. The narrative is written like a great piece of classical literature: Heroes and villains, high drama and suspense. The plot thickens with all of its twists and turns. But behind this ‘storybook drama’ lies something profound.

According to Rabbi Yosef Dov HaLevi Soloveitchik, one of the lessons of the Purim story is that man is vulnerable. One minute everything is fine and the suddenly, without warning, the Jewish People, across the entire Persian Empire, are confronted with the threat of destruction. Is the story merely a string of events strung together with no meaning? Is life just a series of events? Are we merely subject to the whim of an evil tyrant? A pliable king?

Megillat Esther is one of the books of the Bible, but God is not mentioned once. According to our tradition, He is hiding. The Talmud (Chullin 139b) asks, “Where is [there an allusion to] Esther in the Torah? ‘And I will surely hide (haster astir) My face from you.’ ” The Talmud cites the verse from the Torah’s admonition that speaks of hester panim, God seemingly hiding His face amidst Jewish suffering.

And yet, there is a tradition that in the book of Esther, “the King” is an allusion to God, the King of Kings. On Purim, we are challenged to see God, the King, in the narrative. He appears to be ‘hidden,’ but He is pulling the strings behind the curtain. The name of the book itself Megillat Esther (the Esther Scroll) can be understood to mean, “revealing the hidden.”

Purim is a topsy-turvy day. Everything is upside down. We hide behind costumes to remind us that to truly see is to peel back the layers of perception. We drink in excess to access a deeper reality, one beyond logic or reason. We recognize that redemption can come in places we least expect it and that the plans and schemes of our enemies can be foiled just as quickly as they were hatched.

Being human, we are limited in our ability to understand. Tragic events seem senseless, without a rhyme or reason. World events can seem confusing, with the future uncertain. On Purim, we recognize that God’s Hand is guiding it all. The King is working behind the scenes, pulling the strings. We may not understand all of the twists and turns of the narrative, but we know the Author. All we have to do is put our trust in Him.

Purim celebrates the turnabout from “from sorrow to gladness and mourning to festival” (Esther 9:22). May it be so! 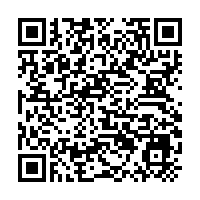