As the winter stretches on and the days get ever shorter, we find ourselves in the month of Kislev. As we know, each month contains special and unique lessons from Hashem to inform us how to live our lives. Kislev is no exception. Let’s analyze the unique characteristics of the month and see if we can decipher the hidden message. Come; we have a way to go.

Let’s start with the most obvious uniqueness of our month – the holiday of Chanukah. We are all undoubtedly familiar with the story of how the Syrian-Greeks campaigned to assimilate us into the secular culture and how the Maccabees valiantly fought to defend our Torah and worldview. We are also familiar with how the Maccabees rededicated the desecrated Temple and how the sole remaining flask of pure olive oil miraculously burned for eight days. However, if we are to gain a true understanding of Hashem’s message, we must ask the following two questions. Firstly, why did Hashem communicate His loving Presence specifically with oil instead of anywhere else along the way? Secondly, why did Hashem arrange for this to occur in Kislev? The first question is not too difficult. There are numerous sources (see Vayikra Rabbah 36, 3) that explain how oil is the symbol of Torah. Since the Maccabees fought to defend the Torah, Hashem communicated His approval with an oil-related miracle. But our second question still stands. We know that events only occur in months which are appropriate for them. So in what way is Kislev the month of Torah? How is oil related to Kislev? Our job has begun.


To answer this question we’ll need to take an extended journey to understand the mazel of the month – Keshes. In English, Keshes is referred to as Sagittarius the Archer. This is because Keshes literally means a bow – the modus operandi of an archer. Let’s ask ourselves: where does the Torah discuss a keshes? The clearest example can be found in Parshas Noach. After Noach and his family leave the Ark, Hashem promises that He will never again flood the entire world. Hashem declares “I have set my keshes (rainbow) in the cloud, and it shall be a sign of the covenant.” (9, 12) A rainbow is called a keshes because it is shaped like an archer’s bow. But how can a weapon be a symbol of a covenant of peace? The Ramban explains that a warrior who wishes to display his peaceful intent will unstring his bow and reverse its direction so it points in the opposite direction of his opponent. Similarly, Hashem indicated His goodwill with an unstrung bow which He pointed heavenward. So now we know why Hashem chose something in the shape of a bow. But why did He choose something so bright, beautiful, and multi-colored? What is the significance of this aspect of the keshes?

Let’s turn to the Midrash Rabbah in Parshas Noach (35, 3). “[Why did Hashem choose a rainbow? Because] it is similar to Him. Is it really possible to compare to Him? [Obviously not, but we can still say that Hashem has a rainbow-like quality, even though] there is nothing that can truly compare to Hashem any more than a husk can compare to the grain.” This Midrash is enigmatic. What rainbow-like quality does Hashem have? The commentators explain that this is a reference to Hashem’s many middos (qualities). Although Hashem is ultimately One, we as humans perceive Him as if He has many distinct qualities. He is merciful, kind, just, mighty, humble, generous, forgiving, etc. Just like a single beam of light can break into many colors so too Hashem’s Oneness manifests in many radiant ways – as a brilliant rainbow scheme. The rainbow is perfect for the covenant of peace because any time the people of the world deserve to be destroyed, all Hashem needs to do is ‘look back’ at His middos – because we can rest assured that the sum of His middos results in benevolence.

So where are we holding? We explained that Keshes is an archer’s bow and we explained why Hashem chose a weapon to represent His treaty of peace. We also discussed how the many colors of the rainbow correspond to the many middos of Hashem and how that makes the keshes an even better choice for the treaty. But we still don’t know what this has to do with us. What message can we glean from the rainbow? Our journey is not yet over. Let’s take another two steps.

Step one is to the Midrash Rabbah in Lech Lecha (44, 1). “[Does Hashem gain anything when we perform mitzvos? Of course not! He is above that. Rather,] mitzvos were only given so they would purify us.” This extremely fundamental Midrash is teaching us that the mitzvos were only given so we could incorporate godliness into ourselves and become holier people. Each mitzvah incorporates a different godly quality into our soul. Some mitzvos make us more kind while others make us more humble. Some make us more generous while others make us more disciplined. The overall goal, though, is to integrate the middos of Hashem’s rainbow into our person until we shine with our own rainbow of good and holy qualities. That’s step one.

Step two brings us to the Derech Hashem (Section II, Chapter 3). The Ramchal writes that the reason Hashem gives different people different life settings is in order to grant each individual the ability to achieve his unique purpose. “If wealth or poverty did not exist, there would be no opportunity for people to demonstrate their generosity. The rich is tested by his advantage, while the poor are tested with regard to if they will be satisfied and thank G-d for the little they have.” This fundamental quote is teaching us that each person has a different purpose in this world. While we all have the job to incorporate as many godly qualities as possible, each individual can practically only work on a limited number of them. A rich man can work on his generosity but not on being satisfied with little. Conversely, if a poor man can grow in his satisfaction with less but simply does not have the means with which to be generous. The result is that, practically, no one individual can create the rainbow of godly qualities. Only together can we produce all the colors.

Now perhaps we can backtrack and answer our questions. Why is Kislev the month of oil and Torah? The answer is because only with oil can we support a flame and create light. Hashem can make a sun which creates a rainbow but we humans need oil as the means to enable illumination. So if we are to create a rainbow of holy and godly qualities, we must do it through Torah. There is no other way. While it is true that our differing abilities and life settings enjoin each of us to act differently, we all must work within the same Torah parameters. We live our lives on personalized paths, but only if we all follow the same guidelines can we produce those individualized radiant beams. 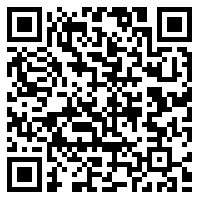