World B’nei Akiva (WBA) this year launched an inspirational Hanukkah initiative in which youth group Shlichim (emissaries) and Chanichim (members) revisited sites around the world that were symbols of darkness and oppression and illuminated them with the radiance of Hanukkah.

Candles were lit by WBA members in sites where terror attacks, anti-Semitic incidents, and natural disasters took place. The candle-lighting events were posted every day on WBA’s Facebook page under the hashtag #LightUpTheDarkness.


The first site visited was outside Hacarmel Kosher Restaurant in Amsterdam where a Muslim protester smashed the store display windows and ripped down an Israeli flag before being apprehended by local police. Braving the bitter cold and heavy snow, World Bnei Akiva emissary in Holland Avichai Meyer stood outside the restaurant and declared, “I’m here to light a candle for the security and safety of the Jewish community of Amsterdam… for all those who support the Jewish nation, Israel and the ideal of Zionism… and to assert out loud and with pride, “The Jewish nation isn’t afraid.”

Another site was the Houston home of a WBA member that was ravaged by flooding during Hurricane Harvey. Maya Wadler lit a Hanukkah candle in her home which is still undergoing extensive repairs and renovations following the devastation. “We hope and daven [pray] that this year will bring us pleasant weather and rains of blessing.”

David Rogovoy, WBA emissary in Germany chose to light his candle outside the Christmas market where a truck deliberately drove into the teeming market last year on December 19, leaving 12 people dead and 56 injured. One of the casualties was an Israeli woman named Dalia Elyakim, z”l. This candle was lit, said David, “In honor of those who are not with us, and those people who were wounded and injured in terror attacks all over the world.”

Two more emissaries made their stands outside Jerusalem’s Central Bus Station, where Asher Almialach, a security guard, was severely injured in a stabbing incident, and at the entrance to the Manchester Arena where last May a suicide bomber murdered 23 young people and injured over 500 during a concert.

Roi Abecassis, Secretary-General of World Bnei Akiva, said, “This project was meant to illustrate the concept of Hanukkah, to relate it to daily life. Darkness is not merely a physical phenomenon, but also a symbol of something deep and spiritual, and the same is true of light.

“Our goal was to motivate WBA members and Jews around the world to utilize their inner light to illuminate any place in the world where they see darkness, because that is the only way to banish it completely from the world.” 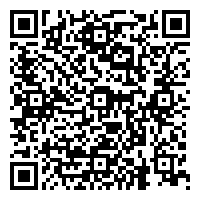