Watch as the White House kitchen is prepared for the final Hanukkah Party to be held by President Barack Obama. In the United States, the occupants of the White House change every four to eight years. But in Jewish life, some things never change.


Among those eternal standards are the essentials of how to kosher a non-kosher kitchen in order to be able to prepare kosher food for Jewish festivities.

Chabad-Lubavitch emissary Rabbi Levi Shemtov, who annually supervises the process, says that for him, as an American Jew, “it’s a distinct honor to oversee the kosherizing of what is the most important kitchen in the country.”

Rabbi Shemtov explains in a video what is done before White House Executive Chief Christeta Comerford gets started.

One thing is for certain: Jewish guests who observe the kosher dietary laws and attend the White House Hanukkah party don’t suffer any hunger pangs or miss out on any treats. 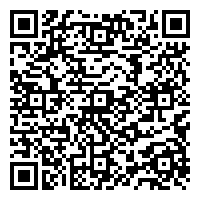