In her book The Watchman’s Rattle, subtitled Thinking Our Way Out of Extinction, Rebecca Costa delivers a fascinating account of how civilizations die. Their problems become too complex. Societies reach what she calls a cognitive threshold. They simply can’t chart a path from the present to the future.

The example she gives is the Mayans. For a period of three and a half thousand years, between 2,600 BCE and 900 CE, they developed an extraordinary civilization, spreading over what is today Mexico, Guatemala, Honduras, El Salvador and Belize, with an estimated population of 15 million people.

Not only were they master potters, weavers, architects and farmers. They developed an intricate cylindrical calendar system, with celestial charts to track the movements of the stars and predict weather patterns. They had their own unique form of writing, as well as an advanced mathematical system. Most impressively they developed a water-supply infrastructure involving a complex network of reservoirs, canals, dams and levees.

Then suddenly, for reasons we still don’t fully understand, the entire system collapsed. Sometime between the middle of the eighth and ninth century the majority of the Mayan people simply disappeared. There have been many theories as to why it happened. It may have been a prolonged drought, overpopulation, internecine wars, a devastating epidemic, food shortages, or a combination of these and other factors. One way or another, having survived for 35 centuries, Mayan civilization failed and became extinct.

Rebecca Costa’s argument is that whatever the causes, the Mayan collapse, like the fall of the Roman Empire and the Khmer Empire of 13th-century Cambodia, occurred because problems became too many and complicated for the people of that time and place to solve. There was cognitive overload, and systems broke down.

It can happen to any civilization. It may, she says, be happening to ours. The first sign of breakdown is gridlock. Instead of dealing with what everyone can see are major problems, people continue as usual and simply pass their problems on to the next generation. The second sign is a retreat into irrationality. Since people can no longer cope with the facts, they take refuge in religious consolations. The Mayans took to offering sacrifices.

Archeologists have uncovered gruesome evidence of human sacrifice on a vast scale. It seems that, unable to solve their problems rationally, the Mayans focused on placating the gods by manically making offerings to them. So apparently did the Khmer.

Which makes the case of Jews and Judaism fascinating. They faced two centuries of crisis under Roman rule between Pompey’s conquest in 63 BCE and the collapse of the Bar Kochba rebellion in 135 CE. They were hopelessly factionalized. Long before the Great Rebellion against Rome and the destruction of the Second Temple, Jews were expecting some major cataclysm.

What is remarkable is that they did not focus obsessively on sacrifices, like the Mayans and the Khmer. Instead they focused on finding substitutes for sacrifice. One was gemillat chassadim, acts of kindness. Rabban Yochanan ben Zakkai comforted Rabbi Joshua, who wondered how Israel would atone for its sins without sacrifices, with the words, “My son, we have another atonement as effective as this: acts of kindness, as it is written in Hosea 6:6, ‘I desire kindness and not sacrifice’ ” (Avot deRabbi Natan 8).

Another was Torah study. The Sages interpreted Malachi’s words (1:11), “In every place offerings are presented to My name,” as referring to scholars who study the laws of sacrifice (Menachot 100a). “One who recites the order of sacrifices is as if he had brought them” (Ta’anit 27b).

Another was prayer. Hosea had said, “Take words with you and return to the Lord … We will offer our lips as sacrifices of bulls” (Hosea 14:2-3), implying that words could take the place of sacrifice. “He who prays in the house of prayer is as if he brought a pure oblation” (Yerushalmi Berachot).

Yet another was teshuvah. Psalms (51:19) says, “The sacrifices of God are a contrite spirit.” From this the sages inferred that “if a person repents it is accounted to him as if he had gone up to Jerusalem and built the Temple and the altar, and offered on it all the sacrifices ordained in the Torah” (Vayikra Rabbah 7:2).

A fifth was fasting. Since going without food diminished a person’s fat and blood, it counted as a substitute for the fat and blood of a sacrifice (Berachot 17a). A sixth was hospitality. “As long as the Temple stood, the altar atoned for Israel, but now a person’s table atones for him” (Berachot 55a). And so on.

What is striking in hindsight is how, rather than clinging obsessively to the past, sages like Rabban Yochanan ben Zakkai thought forward to a worst-case-scenario future. The great question raised in Parshat Tzav, which is all about different kinds of sacrifice, is not, “Why were sacrifices commanded in the first place?” but rather, given how central they were to the religious life of Israel in Temple times, how did Judaism survive without them?

Efrat Hit Hard By Covid-19, Second Only To Bnei Brak 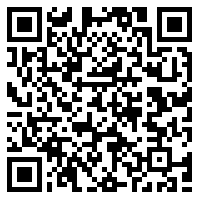