The most common word, by far, in the Bible is “et,” which appears roughly 12,000 times! “Et” usually serves a grammatical function rather than a lexical function and therefore is left untranslated. However, there are time when “et” actually does have its own meaning. As Ibn Janach and the Radak write, “et” can sometimes mean to, from, next to, instead of, on top of, and with.


The Vilna Gaon (1720-1797) addresses this question in the context of the story of Balaam. When Balaam first asks G-d for permission to go with Balak’s men to curse the Jews, G-d answers, “Do not go with them (imahem), do not curse the nation, because they are blessed” (Numbers 22:12). Later, when Balaam asks G-d a second time for permission to go, He replies, “Get up and go with them (itam)” (ibid. 22:20). The Torah subsequently reports that Balaam went with (im) Balak’s men, which angers G-d (ibid. 22:21-22).

The Vilna Gaon asks: If G-d told Balaam not to go with Balak’s men, why did He seemingly “change His mind” and later allow him to go? And if He allowed him to go, why did He become angry when he, in fact, went?

The Vilna Gaon bases his answer on the difference between “et” and “im.” “Im,” he explains, means “with” in the fullest sense of the word. It implies the joining of two completely equal and cooperative bodies. “Et” also means with, but it does not connote equality and congruence between the two people (or objects) with each other.

In reporting that Balaam joined Balak’s men, the Torah uses an “im”–conjunction to indicate that Balaam went with them in the fullest sense. In doing so, Balaam violated G-d’s directive, causing Him to become angry.

The Vilna Gaon – and the Malbim – derive this implication of “et” from “et”’s more common grammatical function of indicating an object. Let’s take the simple clause “achalta et halechem – you ate the bread” as an example. There is an actor (“you”) and an object being acted upon (“the bread”). The two are not equal (the person is eating the bread). Likewise, “et” in the sense of “with” denotes an unequal relationship where one is dominant and the other is passive.

When the Torah relates that Lot came with Avraham to the Holy Land, it uses the words “itto” and “et” (Genesis 12:4). In contrast, when the Torah says Lot and Avraham parted ways and Lot was no longer “with” Avraham, it uses the words “imo” and “im” (ibid. 13:14). The Malbim accounts for this change in wording by explaining that while Lot at first deferentially followed Avraham’s lead, he later asserted his independence and tried to show that he was an equal player.

Rabbi Shlomo Pappenheim of Breslau (1740-1814) in Cheshek Shlomo and Rabbi Yaakov Tzvi Mecklenburg (1785-1865) in HaKsav VeHaKabbalah take the opposite approach. They argue that “et” denotes a stronger and more equal “with” than “im” does. According to Rabbi Pappenheim, “im” means with in a circumstantial way – they just happened to be with each other. “Et,” in contrast, denotes with in a more deliberate and absolute sense.

Thus, in relating that Lot came with Avraham to the Holy Land, the Torah uses an “et”-word, but in relating that Lot left Avraham after differences of opinion with him, it uses an “im”-word. Rabbi Mecklenburg explains that this word switch serves as the basis for the contention of the Zohar (Genesis 78b) that Lot originally attached himself to Avraham to learn from him (and become equal to him), but was ultimately unable to reach this goal.

The Torah also switches “with” words in the story of Eliezer looking for a spouse for Yitzchak. It says Betuel brought water to wash Eliezer’s feet and those of the men who were “itto” (with him) (Genesis 24:32). Later in the episode, however, the Torah says Eliezer and the men who were “imo” (with him) ate and drank with Rivka’s family heading back home (ibid. 24:54).

To account for this switch, Rabbi Mecklenburg postulates that initially Betuel didn’t realize Eliezer was the main person charged with finding a bride for Yitzchak. He thought everyone in the entourage was equally important. Later, however, Eliezer took charge and it became clear that he was the leader of the group. 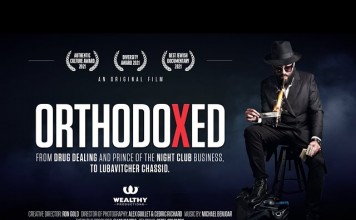